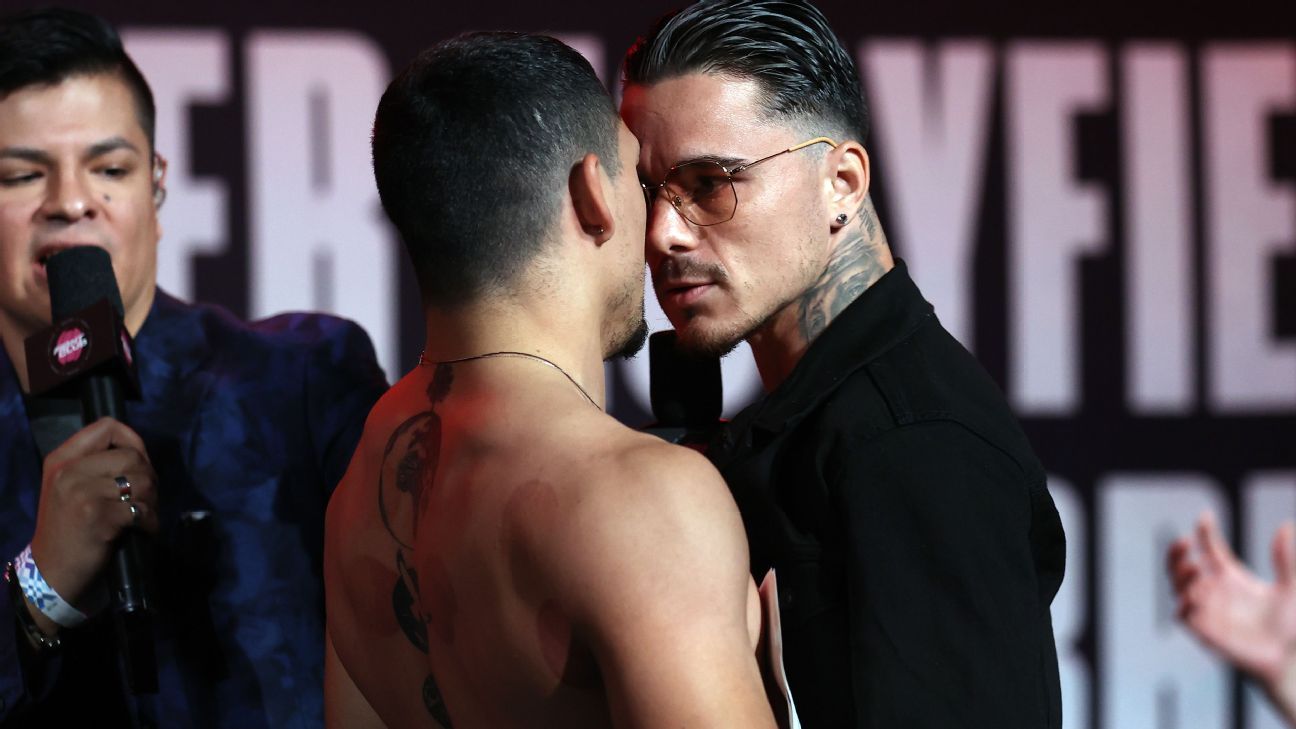 George Kambosos Jr. says unified lightweight world champion Teofimo Lopez has underestimated him and that he will make the American look “very very silly” when the two square off in Miami on Saturday.

Kambosos (19-0, 10 KOs), is unwavering in his belief he has the game plan to defeat Lopez (16-0, 12 KOs), the man who stunned the boxing world with his victory over previously undefeated world champion Vasiliy Lomachenko last year, just two weeks after Kambosos had moved into the mandatory challenger position on the IBF lightweight rankings.

“There’s a lot of holes in his game, and we have come up with a great game plan to pinpoint [those] holes and make this kid look very very silly,” Kambosos told ESPN. “He relies on his power; he relies on three or four continuous shots.

Kambosos, 28, has proven himself among the division’s elite fighters with last October’s win over Lee Selby, in the Brit’s backyard no less, icing his claims as the top challenger.

“It was a very smart performance, I boxed very clean,” Kambosos said of that split decision victory. “And for a guy like Selby who’s such a superior boxer, I showed my boxing skills, my IQ, and that’s what I wanted to showcase in that fight, and I wanted to make it messy and show what I’m about when it comes to my IQ in the ring.

“So I showed a lot of my boxing skills, my speed, my power, my defensive capabilities, and like I said to you when we last spoke, I said I’d be in this position, I said I’d be fighting for the undisputed crown and now we’re on the cusp of this huge mega event in the U.S.”

The “huge mega event” was recently given a boost when it was announced 30,000 fans would be allowed into Miami’s LoanDepot Park, while promoters Triller have certainly made some waves since moving into the boxing game.

As for Lopez’s shock victory over Lomachenko, Kambosos says he for one wasn’t all that surprised, noting the Ukrainian’s long break between bouts and the now-champion’s desire to become world champion — a dream the Australian wants to make his own reality.

“I did see a possibility of him beating Lomachenko, because I knew the will power of a young hungry fighter; I’m in that situation right now and I know how motivated you get when so much is on the line,” Kambosos told ESPN.

“He got a very lucky break, too, Lomachenko was out of that ring for 400-and-something days, we all saw that he didn’t throw many punches in the first six rounds and he had a major injury on his shoulder. So there were a lot of components in that fight that went Lopez’s way and look I’m not going to take away the win from him; it was a close fight, I personally had it as a draw.

“But I’m happy that Lopez won because I know our styles and what we bring to the table and our attitude. We’re both young and hungry, it creates fireworks and that’s what it’s going to bring June 19.”

While Kambosos struggles to crack the mainstream sporting news back home in Australia, defeating Lopez would elevate him to another level and even create an opportunity where a title defense could be brought Down Under. He also told ESPN that Lopez had agreed to fight in Australia this time around, only for the country’s strict two-week quarantine protocols to scupper the plans.

Still, he is comfortable with his journey to date and knows that a win over Lopez would resonate far beyond the reaches of the football-code dominated Australian sporting landscape.

As for being ranked a huge outsider in the U.S., Kambosos unsurprisingly sees the odds very differently.

“So that right there is a chip on my shoulder, knowing that I’m coming from Australia and they’re saying it’s 50/50 fight. I believe it’s a 100 to zero, my way, that I’m going to win this fight no matter what.

“At the end of the day, June 19th, June 20th back in Australia, everything is going to come to the surface and we’re going to see exactly who is the new undisputed champion of the world.”

It’s clear there will be no shortage of feeling come Jun. 19, with the two fighters having very nearly come to blows at a press conference a few weeks ago. Kambosos says he saw “the fear” in Lopez’s eyes during that exchange.

And he also feels Lopez is looking beyond him, choosing instead to nominate title defenses further down the road rather than the one staring him in the face from inches away – just as it was a few weeks ago and will be again come June 19.

“I believe he is underestimating me to a point, but I believe he fears me as well,” Kambosos said. “When you’ve got a guy that you fear, you try and push that guy away; you don’t want to talk about them, you don’t want to bring them into light because once you start to talk about them your mind starts playing a lot of tricks. And he knows already what I’m about, he’s seen it in my eyes.

“So I feel that he’d rather talk about all the other guys, and at this point he’s got about 20 fights, he’s trying to fight everybody. But he’s coming up against me.

“So if he’s underestimating me or he fears me or he’s focused on other people, that’s no problem. But I have had a great camp, the training camp has been on point and I’m fully focused on one person only and that’s Lopez.”