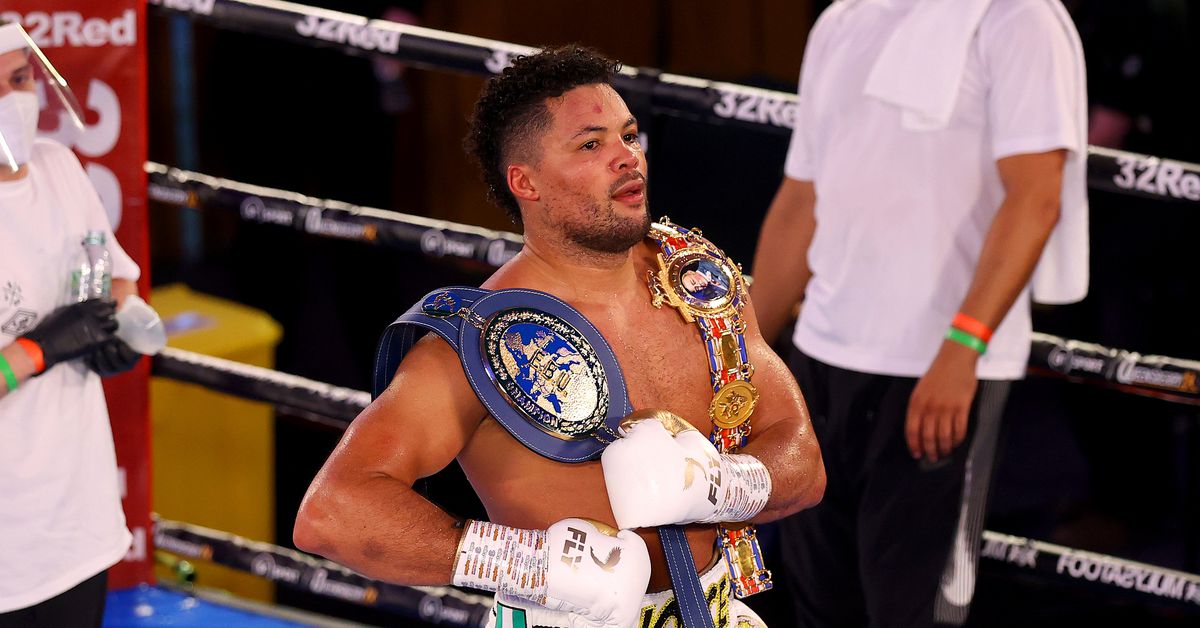 British heavyweight Joe Joyce (12-0, 11 KOs) will make his ring return next month as he’s been officially scheduled to take on rugged veteran Carlos Takam (39-5-1, 28 KOs) at the SSE Arena in Wembley on July 24th. Joyce had previously been lined up to face Oleksandr Usyk but when the Anthony Joshua vs Tyson Fury negotiations fell apart following an arbitration ruling, Usyk looked to enforce his mandatory title shot against Joshua, leaving Joyce to look elsewhere for an opponent. And elsewhere is where they found Carlos Takam.

Joyce, 35, is most recently coming off a knockout win over Daniel Dubois last November which was arguably his biggest professional win to date, while Takam, 40, last took a unanimous decision win over Jerry Forrest nearly a full year ago and hasn’t been back in action since.

This could potentially be a good spot for Joyce to pick up another recognizable name on his resume on his way to world title contention. As mentioned, Joyce is no spring chicken at the age of 35, but Takam is even older at 40 and has many more miles on the odometer with considerably more fights under his belt.

Michael Conlan: If Not Leigh Wood, I Want Any Other World Champion
Mike Tyson: Hulu “Stole My Life Story”
Jake Paul: I Was Ready To Go To 205 To Fight Rahman; These Guys Are Con Artists
Golovkin: Canelo’s Behavior at Presser Showed How Insecure He Is
Bunch vs Roldan headlines Sept. 9 ShoBox tripleheader