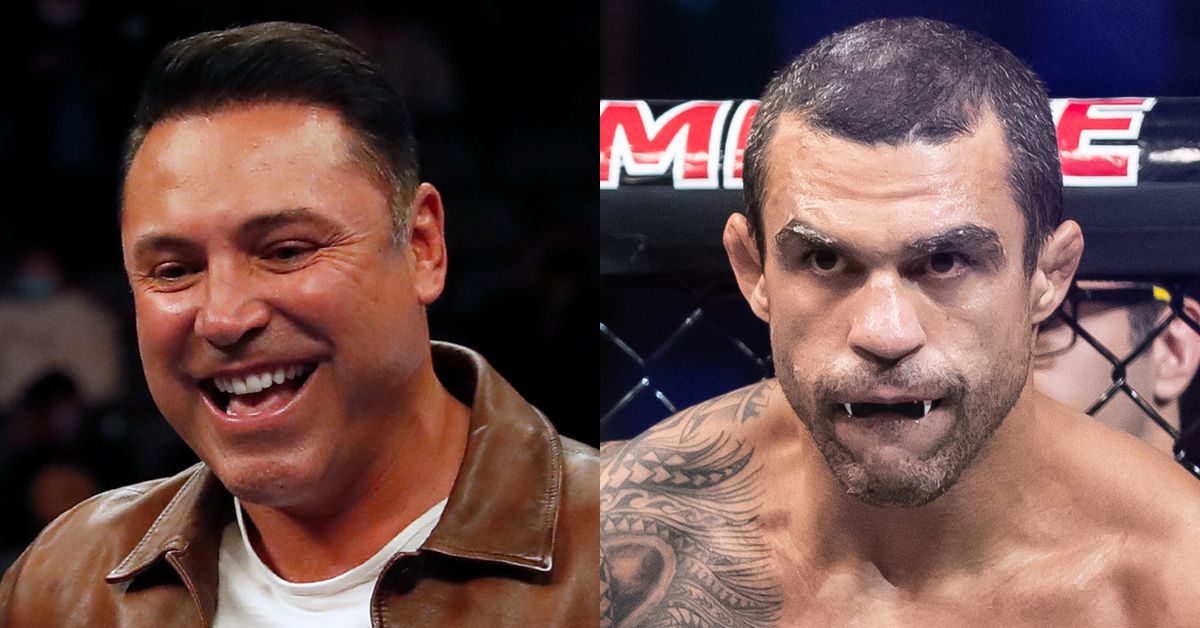 Oscar De La Hoya’s planned July 3 boxing comeback isn’t happening, but the 48-year-old “Golden Boy” will still be getting into a ring this year, though it’s not quite what he hyped up.

Though he said he’d have a real fight — “real” would mean “sanctioned” in actual terms — and it would be against “the best,” De La Hoya will actually be having an exhibition against 44-year-old former UFC star Vitor Belfort on Sept. 11, The Athletic reports.

The “fight” will have 12-ounce gloves and likely take place in Las Vegas, with Triller Fight Club promoting the bout.

De La Hoya hasn’t fought since he was absolutely picked apart and frankly embarrassed against Manny Pacquiao in Dec. 2008, retiring in early 2009. He’s fought off the urge to fight again despite retiring at an age where he really could have changed his mind and come back.

Belfort has a long and controversial history in mixed martial arts, with a career 26-14 record. He hasn’t fought since a 2018 loss to Lyoto Machida, but was a terrific fighter in his prime, with one of those now “old school” MMA records that doesn’t quite reflect how good he was, because he fought a lot of fellow top tier fighters.

But that’s about as much as needs to be said from the “competition” angle here, because exhibitions are not competition. We tried to tell you that about Mike Tyson “vs” Roy Jones Jr, which people mostly enjoyed, and about Floyd Mayweather “vs” Logan Paul, which people mostly seem to have been mad about. Perhaps with this having two legitimate former stars, it will lean more toward the favorable reception even when it’s blatantly obvious what it is.

Panel: How impressed were you by Anthony Yarde’s performance against Artur Beterbiev on Saturday?
Yesterday’s Heroes: Alan Minter at the Olympics
Joe Joyce To Face Zhilei Zhang April 15th In London
Predictions: Serrano vs Cruz, Baumgardner vs Mekhaled
Liam Wilson: I Was Already Training When Navarrete Fight Came Came Up