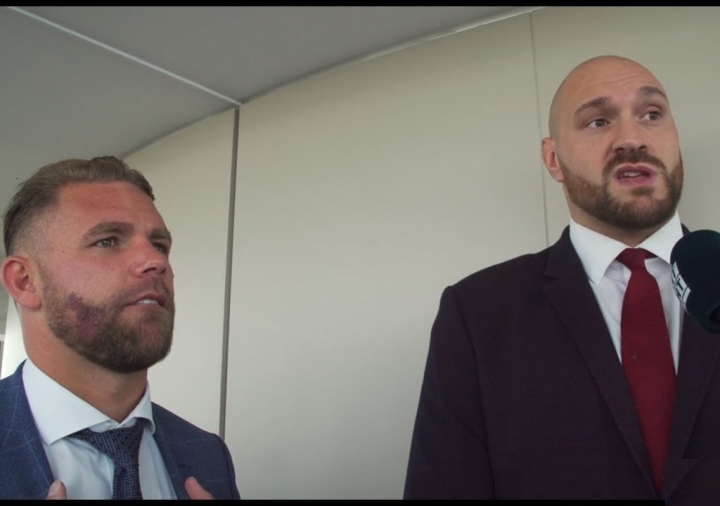 Last month at AT&T Stadium in Texas, Saunders suffered his first career defeat when he was stopped in eight rounds during his IBF, WBA, WBC super middleweight unification clash with Saul ‘Canelo’ Alvarez.

Saunders suffered a fractured orbital bone during the eight round, which forced his corner to pull him out before the ninth. The British boxer underwent surgery the following day.

In a recent interview, Saunders explained that he was considering the possibility of retiring from the sport.

But, Fury would like to see him return with strong motivation to chase down another world title.

“I’ve told him that he should recover from his injuries, come back and win another world title. Don’t go out like that. He’s been in this game a long time and I believe that Billy Joe needs to fight again for his own inner spirit,” Fury told Seconds Out.

“He doesn’t do it for the money because he’s made a lot of money as well. He’ll never be broke, but it’s more than that. It’s about going out on the right causes. I think Billy Joe, if he doesn’t fight again, it’ll probably haunt him forever that he went out with a loss.

“An injury loss as well – it hurts more. If you get knocked out or smashed to bits in a fight then you know you weren’t good enough. But I believe he was in that fight and it was a close fight up until obviously he got his face smashed in. I think he can come back, regroup and win another world title for sure. Maybe try and get the [Demetrius] Andrade fight.”