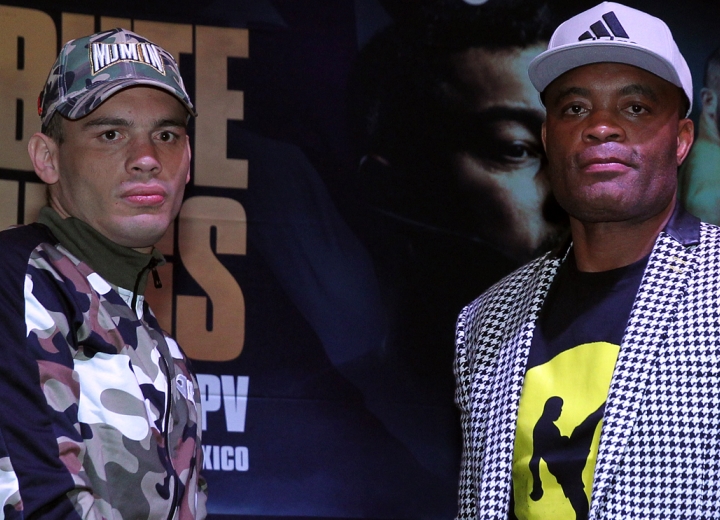 The bout was agreed upon for a contract weight of 182-pounds.

The Mexican boxer is no stranger with having weight struggles, with several of his recent bouts being bumped to light heavyweight because he was unable to make the super middleweight limit of 168.

Silva, a former UFC champion and at one time a pound-for-pound great in MMA, is moving forward with the fight.

“Well guys, I’ve been a combat sports professional for over 20 years. I’ve always accomplished my duties inside and outside of the ring. The contractual weight for tomorrow’s fight is 182lbs, which I accomplished through months of hard work alongside my team. Unfortunately my opponent came in at 184.4lbs. Despite this, I will still put on a great show for you all,” Silva stated.

The fight will take place at Jalisco Stadium in Guadalajara, Mexico.

Silva of Curitiba Brazil was the longest reigning middleweight champion for the UFC and compiled a record of 34 victories with 11 losses and 23 knockouts.

“I am extremely happy for the opportunity to test my boxing skills with Julio César Chávez Jr. I train continuously, always am striving for resilience and to overcome obstacles. Fighting is my everlasting breath,” said Silva.

Rey Vargas & Subriel Matias | The PBC Podcast
Panel: How impressed were you by Anthony Yarde’s performance against Artur Beterbiev on Saturday?
‘JAKE PAUL VS TOMMY FURY NOT A YOUTUBE FIGHT!’ – Ben Davison defends clash
Navarrete vs Wilson: Live updates and results, 6:30 pm ET
The Beltline: Tunde Ajayi, a white towel, and one of the finest corner stoppages in recent memory