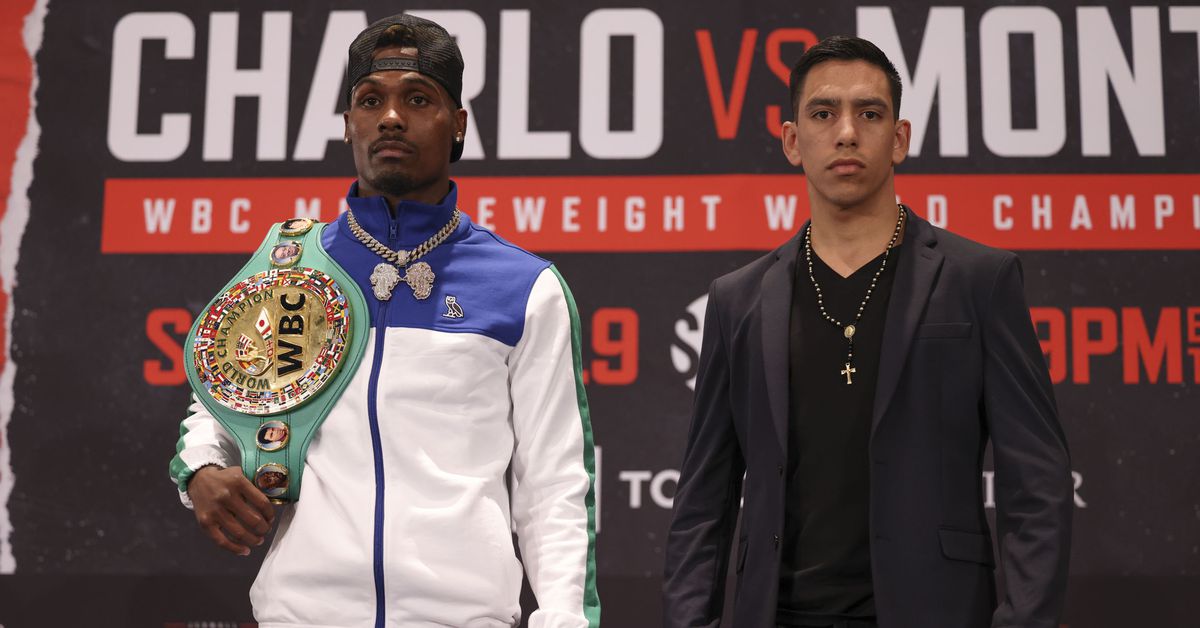 I’d like this fight a whole lot more if Juan Macias Montiel were an actual contender, but what can you do? He was run over in two rounds by Jaime Munguia in 2017 and his 3-0-1 since then, drawing with Hugo Centeno Jr and beating a beyond washed version of James Kirkland.

The old “puncher’s chance” is here, I suppose, because Montiel really can crack a bit, but he’s not an enormously overpowering puncher, either. Charlo is a very good fighter at worst, but sadly is back to this second-tier stuff after quieting some critics with his win over Sergiy Derevyanchenko. It’s not really Charlo’s fault that PBC don’t have any middleweights; he could force something if he really wanted to force it, but with GGG tied up with Ryota Murata, it seems, that takes two good fights out of the equation, and then you’re left with Demetrius Andrade. Nobody beyond Chris Mannix is going to go nuts forcing a fight with Demetrius Andrade involved. There are reasons for that that make Andrade look good and bad.

Anyway, I’m stalling, because I can’t imagine there’s much anyone has to say here. Charlo is a more talented, more well-rounded, more complete fighter. He can win by playing this safe and he can win by pressing the action. The latter is the only way Montiel even has a prayer, because he can’t out-box Jermall. Charlo UD-12

How to Watch Charlo vs Montiel

Forgive me for not seeing silver lining in this fight but this match-up really doesn’t move me whatsoever. Jermall Charlo’s win over Sergey Derevyanchenko his last time out is certainly a great win but I would personally like to see him consistently face more compelling opposition. No disrespect to Juan Macias Montiel, Dennis Hogan, Brandon Adams, Matt Korobov, but those just aren’t fights that really get my juices flowing. Jermall Charlo has proven to be an elite level fighter at 160 and he needs to be in with other elite fighters, whether that be Demetrius Andrade, Gennadiy Golovkin, or perhaps Canelo Alvarez. As far as Montiel is concerned, I don’t think he poses too much of a threat here. Charlo TKO-10

Let the record show that I actually enjoy watching Montiel operate; he’s got this sort of casual switch-hitting stroll with plenty of power behind it that’s both unique and entertaining. It’s not going to work against Charlo, but I did want to give credit where it’s due.

Despite having slight edges in height and reach, Montiel’s going to be at the mercy of Charlo’s jab all night. Even a highly adept pressure fighter in Sergiy Derevyanchenko struggled to force his way into the pocket and I can’t see Montiel moseying his way in without getting eaten alive. Even if Montiel does force a brawl, history suggests that Charlo can take his best shots better than vice-versa. He may get in some good licks along the way, but expect him to succumb to 1-2s in the latter half of the fight. Charlo TKO-8

Boxing TV schedule for Aug. 11-13
Oleksandr Usyk Arranges For Rematch With Anthony Joshua To Be Broadcast In Ukraine For Free
Esparza: I Think A Rematch With Seniesa Estrada Will Be Bigger Than Taylor-Serrano
Source: Fundora siblings to fight on same fall card
Post-fight quotes: Ortiz sees room for improvement, McKinson doesn’t want to go back to domestic fights