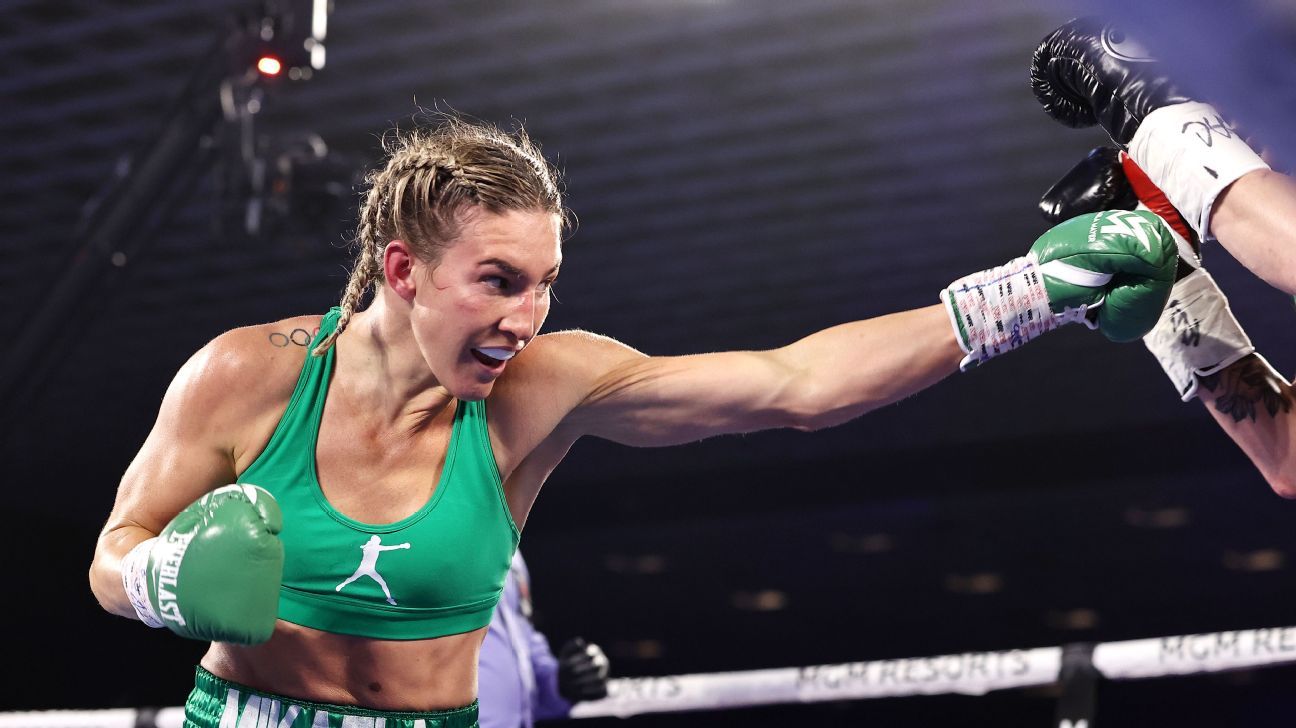 LAS VEGAS — Mikaela Mayer’s next fight, as long as she wins Saturday night against Erica Farias, will start to unify the junior lightweight division.

The fight could be a main event, depending on what other fights end up scheduled in the fall, according to the source.

The Hamadouche-Mayer fight was potentially going to be in the June slot where she fought Farias, but Hamadouche wanted to attempt to qualify for the Olympics, changing the timeline of the bout.

Mayer has wanted this fight since the beginning of 2021, when she told ESPN her goal was to unify the division as soon as possible.

“I’ve been pretty open about the fact that I want to unify this division,” Mayer said in January of her 2021 plans. “I don’t want to wait. I don’t want to fight non-champions next. I want to go straight into unification bouts.”

The 30-year-old Mayer (14-0, 5 KO) has her first defense Saturday night against Farias.

Hopkins: Canelo will stop Golovkin, “it will be a beat down”
Crawford vs Spence targeted for Nov. in Las Vegas
Donaire Vows To Continue Career, Eyes Chocolatito and Ioka Fights
Esparza: I Think A Rematch With Seniesa Estrada Will Be Bigger Than Taylor-Serrano
Michael Conlan: If Not Leigh Wood, I Want Any Other World Champion