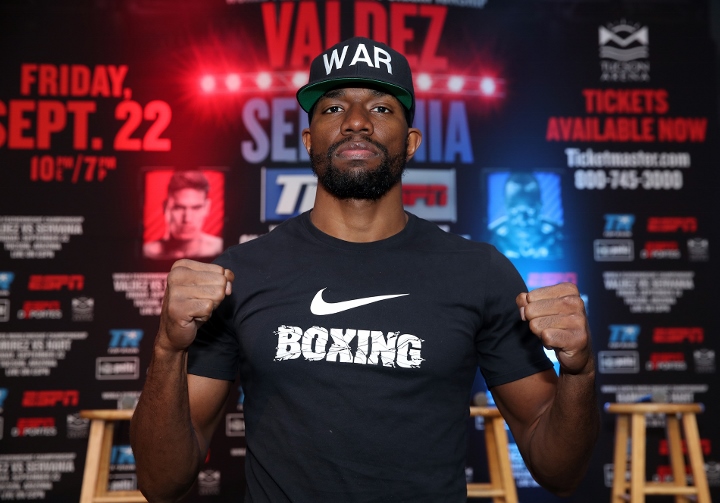 Jesse Hart (26-3) recently took to social media to announce that he was no longer working with long time promoter Top Rank and was officially a free agent.

The former title challenger had been promoted by the Las Vegas based promotional outfit since making his professional debut in 2012. His father Eugene “Cyclone” Hart was hard hitting contender in the 1970s.

Before mutually agreeing to part ways, a fight against rising super middleweight prospect Edgar Berlanga had been discussed.  To make the fight happen, Hart had agreed to drop back down to the 168 pound super middleweight limit.   Hart is still bothered that the fight didn’t come to fruition.

“Right now I am a free agent. I got my release from Top Rank. I don’t have anything bad to say about them. We just decided to part ways because we couldn’t come to an agreement. The Edgar Berlanga fight will probably never happen now.  I was up for it and it was supposed to happen on June 12th. I agreed to even come down to 168 pounds but it didn’t happen. It wasn’t because of me. It was just the boxing business,” Hart told BoxingScene.com.

The 31-year-old last fought in January, 2021 when he dropped a split decision to Joe Smith Jr. He currently is mulling over offers from multiple promoters and hopes to get back in the ring soon.

“I don’t have anything bad to say about Bob Arum. He did a lot for me and gave me a lot of advice and not just about boxing but about life itself. I was having a daughter and he gave me advice about schools and other things and said there is no manual on how to be a father. He was very good to me.  Now I am free and I am willing to work with all promoters,” Hart stated.

Hart fought for a world title twice with both attempts coming against Gilberto “Zurdo” Ramirez.  He came up just short in both fights losing a majority decision and a unanimous decision in fights that many felt could have gone either way.

Bill Haney heads to liquor store in search of Teofimo Lopez Sr
Clavel vs Plata unification rescheduled for Jan. 13
Fury: My body isn’t what it used to be but boredom convinced me to keep fighting
This Weekend’s Biggest Fight Doesn’t Involve Heavyweights
Munguia once again turns down ordered title fight with Alimkhanuly