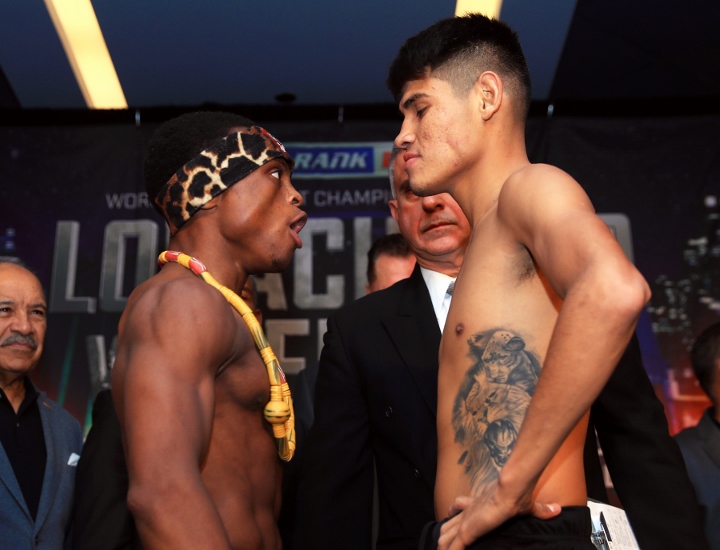 The former junior featherweight world champion, two fights removed from a pair of title fight defeats to Emanuel Navarrete, edged Adam Lopez via 10-round majority decision (95-95, 96-94 and 97-93) to win the NABF featherweight title.

Dogboe (22-2, 15 KOs) jumped out to an early lead, but Lopez (15-3, 6 KOs) charged back in the second half of the bout, muscling Dogboe around the ring and buzzing him on more than one occasion.

After the final bell, both men thought they’d done enough, but it was the former champ who came out ahead.

Dogboe is looking to fight his way to a trilogy fight with Navarrete.

In December 2018, Navarrete won what at the time was an upset twelve round unanimous decision over Dogboe to capture the WBO super bantamweight title,

The rematch took place the following May, and this time Navarrete broke down and stopped Dogboe in the twelfth round.

Navarrete has since moved up and captured the WBO featherweight crown.

Dogboe aims to keep winning until he secures a mandatory position to force the third encounter.

“Obviously Navarrette is my nemesis like a demon that refuses to go out of your head and has been my toughest opponent since my professional career began,” Dogboe told GH One.

Michael Conlan: If Not Leigh Wood, I Want Any Other World Champion
Esparza: Vergil Ortiz Is An Amazing Fighter, I Know I Gotta Hold My Ground On a Show Like This
Marlen Esparza Defeats Eva Guzman On The Cards
Jake Paul’s Business Partner Hits Back at Dana White Over Event Fallout Claims
Bunch vs Roldan headlines Sept. 9 ShoBox tripleheader