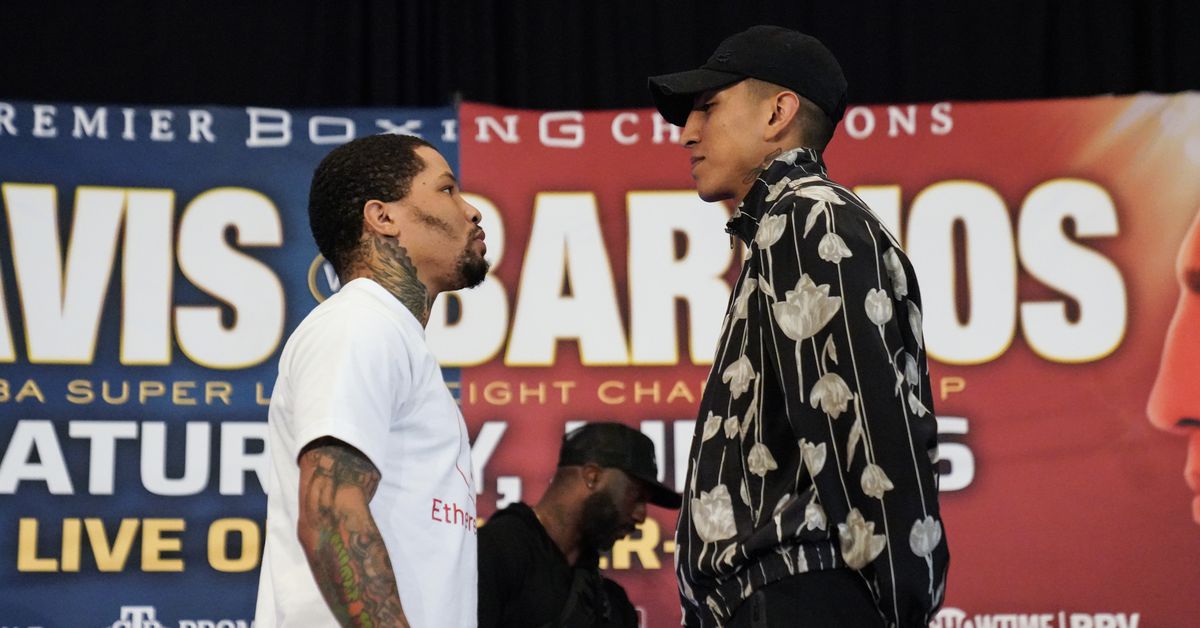 You’ll probably hear the same from others (elsewhere and maybe here, we don’t talk about these beforehand) — if Mayweather Promotions thought Tank Davis was in any real danger of losing this fight, he wouldn’t have this fight. I’m not saying nobody’s ever gotten one of those wrong before, but Davis is a guy they want to be a superstar. And this was scouted well beforehand; when Davis fought Leo Santa Cruz in San Antonio last year, Barrios pretty clearly wasn’t featured on the card just because he’s a San Antonio guy.

I like Barrios, think he’s a good fighter. I find this matchup interesting enough and expect it’ll be a fun fight for the most part. But I also saw Barrios struggle with Batyr Akhmedov, and Akhmedov (1) isn’t much bigger than Tank, and (2) isn’t as explosive. I don’t know that Davis’ power is going to fully travel to 140, because it sure didn’t seem to at 135 against an old, one-legged Yuriorkis Gamboa.

I think this goes the distance, but I think Tank wins it pretty clearly. Barrios won’t really use the reach and height advantages as a simulation of a guy with his advantages might, leading to expert geniuses being stunned for the 49,283rd that a guy being tall doesn’t mean he can or will “fight tall.” Davis UD-12

How to Watch Davis vs Barrios

If I’m being completely honest here, and with no disrespect to Mario Barrios, this is just a fight that I don’t think gets made unless Mayweather Promotions were extremely confident in the outcome. So far, Davis has been matched very deliberately and one can even argue it’s simply a prudent tactic as the company seeks to hedge its bets on its biggest asset. Yes, Barrios will have a height and reach advantage, but I also think he’ll be at a deficit when it comes to athleticism, and I think Barrios’ defense is leaky enough for Davis to find spots to do damage. I can honestly tell you that I have no real indication how well Davis’ power will translate up to 140, but in this particular case I think he’ll have enough to keep Barrios honest.

Of course with the win Davis will be paraded around as 140 lb champion, even if it is only a secondary title, but it’s the kind of thing that looks good on the resume when it’s all said and done. I think Davis might struggle early but will ultimately work his way into the fight and win a decision down the stretch. Davis UD-12

I’ve got plenty of reasons to root for Barrios, not the least of which is hometown pride, and he’s definitely not going to roll over for Davis. He’s got the combination punching to recreate some of Leo Santa Cruz’s success with the added bonus of size and thump in his hands; Davis’ grit and durability will absolutely be put to the test once Barrios starts teeing off on his midsection.

Still, I find myself leaning towards “Tank,” largely because Barrios isn’t the sort to play keep-away with his lengthy frame. He prefers to plant his feet and try to catch opponents coming in before opening up in the pocket, where the blazing-fast Davis thrives.

I could be underestimating the impact of the weight difference, but Davis’ “F**k You” power is just too much to overlook in a fight that will mostly take place at close quarters. Plus, the sheer randomness of Davis jumping two divisions to target a secondary titleholder tells me that Leonard Ellerbe and Co. see something in Barrios’ game that Davis can exploit. He clips Barrios midway through a vicious firefight for yet another violent finish. Davis TKO-5

Catterall signs with Boxxer, hopes Taylor rematch can be made as soon as possible
Leigh Wood-Mauricio Lara In Play For 9/24 Despite 8/12 Purse Bid For Wood-Santa Cruz
Conlan Returns With Decision Win Over Marriaga
Thomas “Cornflake” LaManna to face Saul Roman in Atlantic City
After a crushing TKO loss Michael Conlan begins his quest to rebound — again