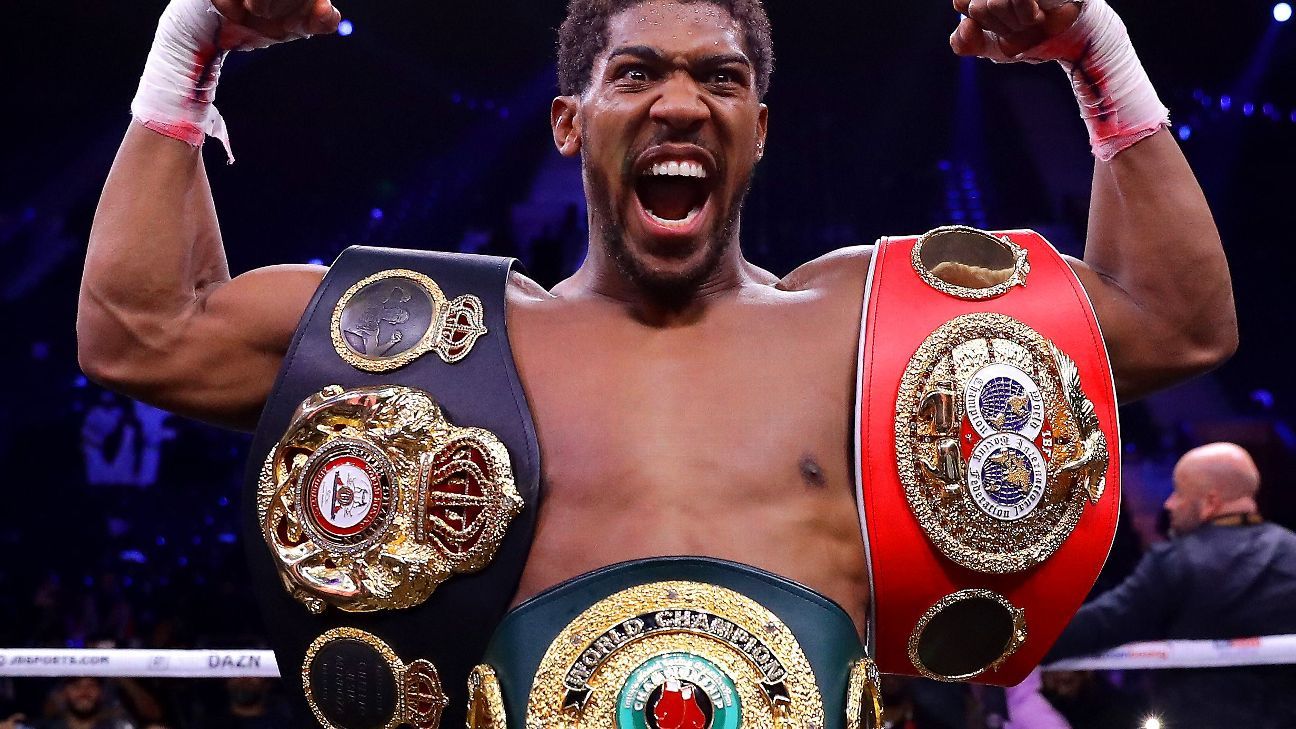 LONDON — Anthony Joshua will defend his heavyweight titles against Oleksandr Usyk on Sept. 25 in London.

Joshua, holder of the WBA, IBF, and WBO titles, was to have an all-British showdown with Tyson Fury this summer, but a legal ruling in the United States wrecked a proposed unification fight on Aug. 14 in Saudi Arabia.

An arbitration hearing upheld a claim from fellow heavyweight Deontay Wilder that he was contractually owed a third fight with WBC champion Fury. They will meet again on July 24 in Las Vegas.

Usyk is a former cruiserweight world champion from Ukraine who stepped up to heavyweight in 2019. He has an 18-0 (13 KO) record. He hasn’t fought since October.

Joshua is 24-1 (22 KO) after knocking out Kubrat Pulev last December.

Amanda Serrano: “Undisputed Is The Icing On The Cake”
Artur Beterbiev-Oleksandr Usyk? Beterbiev Doesn’t Think It’s Out Of The Question
Navarrete vs Wilson: Live updates and results, 6:30 pm ET
Free agent Berlanga meets with De La Hoya and Golden Boy
Jarrett Hurd: I’m in a New Weight Class, Looking To Dominate Like I Did at 154