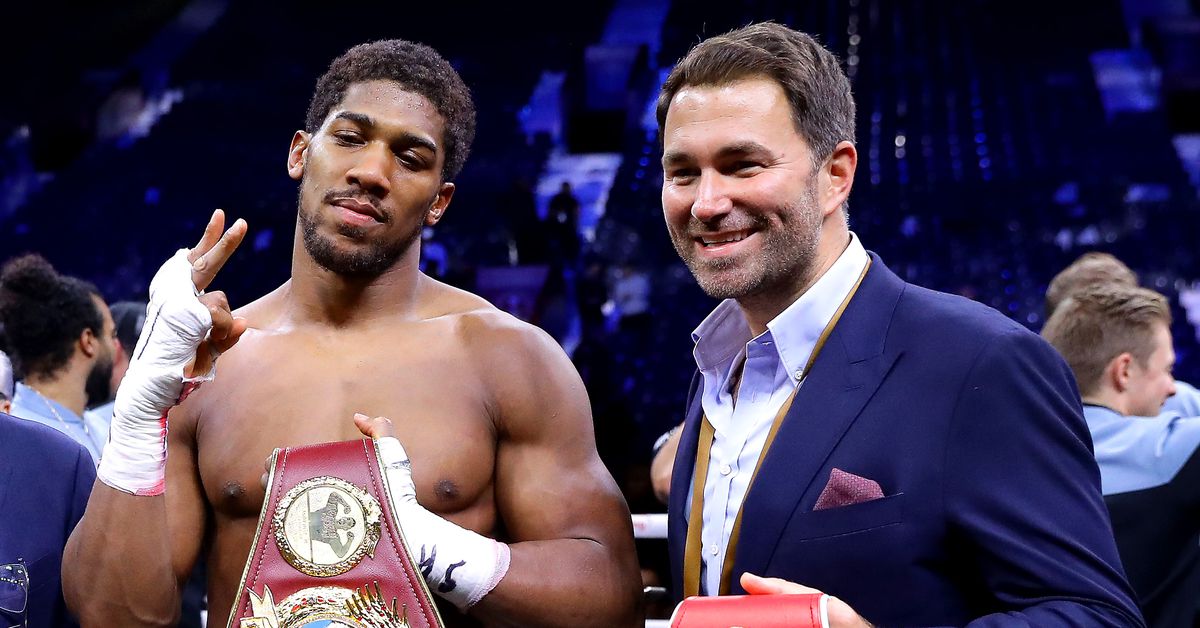 Anthony Joshua vs Oleksandr Usyk still isn’t quite official, but in an Instagram Live session on Friday, Matchroom promoter Eddie Hearn said an official announcement should come soon, and that the fight will be happening on Sept. 25.

The most recent reports otherwise have been that the fight is likely to land at London’s Tottenhaum Hotspur Stadium.

Joshua (24-1, 22 KO) has the WBA, IBF, and WBO heavyweight titles, and Usyk (18-0, 13 KO) is his WBO mandatory challenger, named as such before he ever fought as a heavyweight, after winning the undisputed championship as a cruiserweight.

Usyk has gone 2-0 since moving up, beating Chazz Witherspoon and Derek Chisora, and his team have been adamant since the move that they weren’t looking to wait around forever to go after a big fight. It took a couple of years, but now it’s nearly here. It’s the ultimate real test for Usyk as a heavyweight. Win here, and he’s got three heavyweight belts. Lose, and you have to wonder what his future really is at age 34, because it’s not like Joshua or the other top heavyweights — notably Tyson Fury — seem likely to be going away in the near future.

It’s a fight that has to happen now that we’re 100,000 percent certain Fury-Joshua isn’t next. When that fight seemed to be happening, the plan was for Usyk to fight Joe Joyce for an interim WBO belt. But Usyk and his team played that savvy, not signing to face Joyce before Fury-Joshua was actually official, because if Fury-Joshua fell apart, the only option for Joshua was to fight Usyk or vacate the WBO belt. It’s worked out like Usyk’s team probably hoped it would, and it’s as good a fight as is out there for AJ, too.