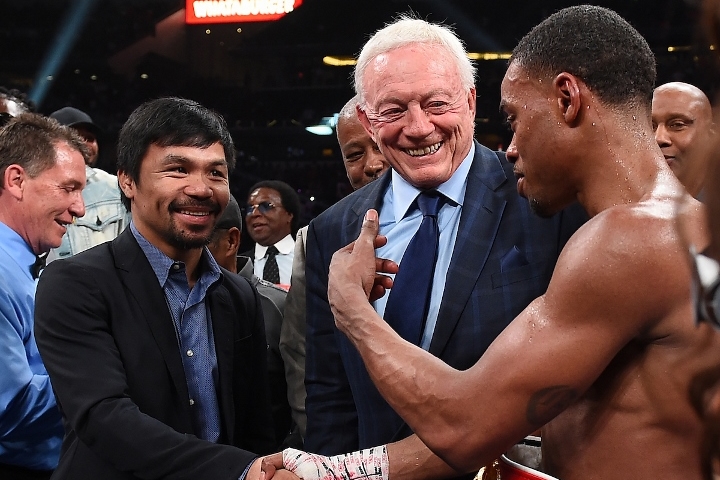 Garcia was dominated by Spence over twelve rounds in 2019.

Garcia was also the rumored frontrunner to be the comeback opponent for Pacquiao, but the Filipino superstar will challenge Spence for the WBC, IBF world titles on August 21 at the T-Mobile Arena in Las Vegas, Nevada.

Pacquiao, 42-years-old, has been out of the ring since July of 2019 – when he picked up a twelve round split decision over Keith Thurman to capture the WBA world titles.

Spence was in action back in December, when he outboxed mandatory challenger Danny Garcia over twelve rounds to retain his 147-pound belts.

Garcia is siding with Spence to get the win, but he doesn’t see it being an easy fight for the younger man – even with the advantages in age, size and activity.

“The youth, the size, and skills, I feel like that’s going to help [Spence get the victory]. So I’d say 60-40 also. It’s not an easy fight either. It’s not going to be an easy fight for Spence. Pacquiao is going to have a lot in his arsenal. He’s got a lot of experience, quick footwork, fast hands, power,” Garcia told ES News.

The BN Preview: Estrada vs. Gonzalez III is the only trilogy fight that matters this weekend
Clavel vs Plata unification rescheduled for Jan. 13
Estrada: We Wanted To Be Stronger, Not Allow Chocolatito To Outwork Us
The Golden Era of The Hardcore Four
Lerena: I’m No Steppingstone; Dubois Is Gonna Realize, ‘What The F— Have I Done?’