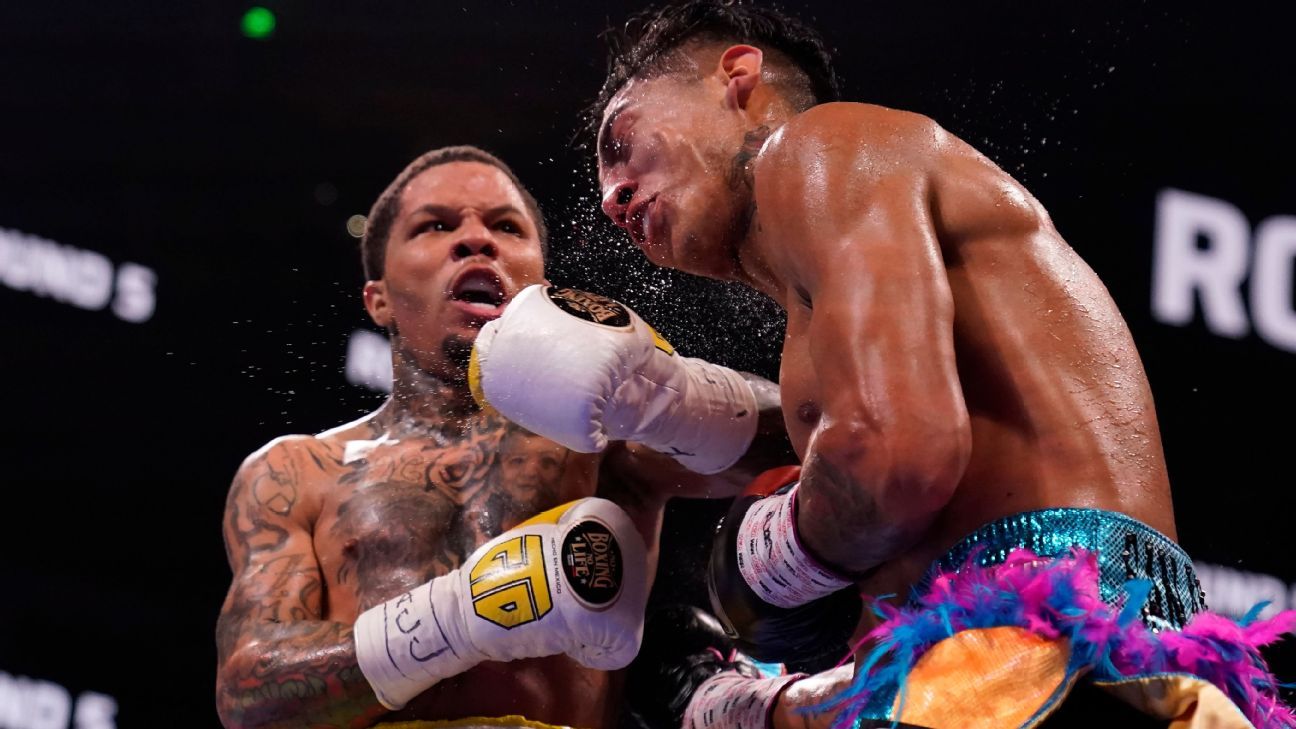 ATLANTA — Gervonta Davis climbed to the top rope, jumped back and backflipped toward the center of the ring. The sellout crowd inside the State Farm Arena, cellphones up to record the occasion, roared.

It had been more intermittent cheers throughout the 10 rounds prior, when Davis was in a much more difficult fight than anticipated with WBA “regular” junior welterweight champion Mario Barrios.

Barrios, who is 5-foot-10, used his height and reach advantage to keep the 5-foot-5 Davis at bay. But in the 11th round, it didn’t matter. Davis knocked Barrios down for the third time and was about to do so for the fourth time when referee Thomas Taylor stepped in to stop the fight to give Davis another win in another weight class along with the WBA “regular” title.

Barrios didn’t do anything to surprise Davis; it was more Davis trying to adjust to the new weight with a taller fighter and everything being different than it had been in the past.

“So basically, I didn’t get him out of there because of myself early. That’s basically what it was.”

After the fight, Davis said he couldn’t yet be compared to other multidivision titlists of the past, including his promoter, Floyd Mayweather, who said to Showtime after the fight that Davis has the potential to be among the greats.

Davis (25-0, 24 KO) appeared to need a few rounds to figure out Barrios’ height in his 140-pound debut after previously fighting at 130 and 135 pounds. Before Saturday’s fight, Davis told ESPN it might take a little bit of time for him to adjust to the weight class — much like it did the first time he fought at 135 pounds.

While he started to find his range in the third round, Davis landed perhaps his best punch midway through the fifth. The Baltimore native was his most aggressive in Round 5, pushing the action toward Barrios (26-1, 17 KO) and throwing more consistent combinations for the first time all fight.

Davis’ best round was the eighth, when he knocked Barrios down twice and appeared close to ending the fight, continually forcing Barrios backward. Barrios rebounded in the ninth round, going back to what appeared to be his strategy of using his reach and height to keep Davis from being too aggressive and landing when he could.

Davis was also more aggressive in the 10th round, when he landed impactful shots.

“Tank’s explosive,” Barrios said after the fight on Showtime. “He caught me slipping.”