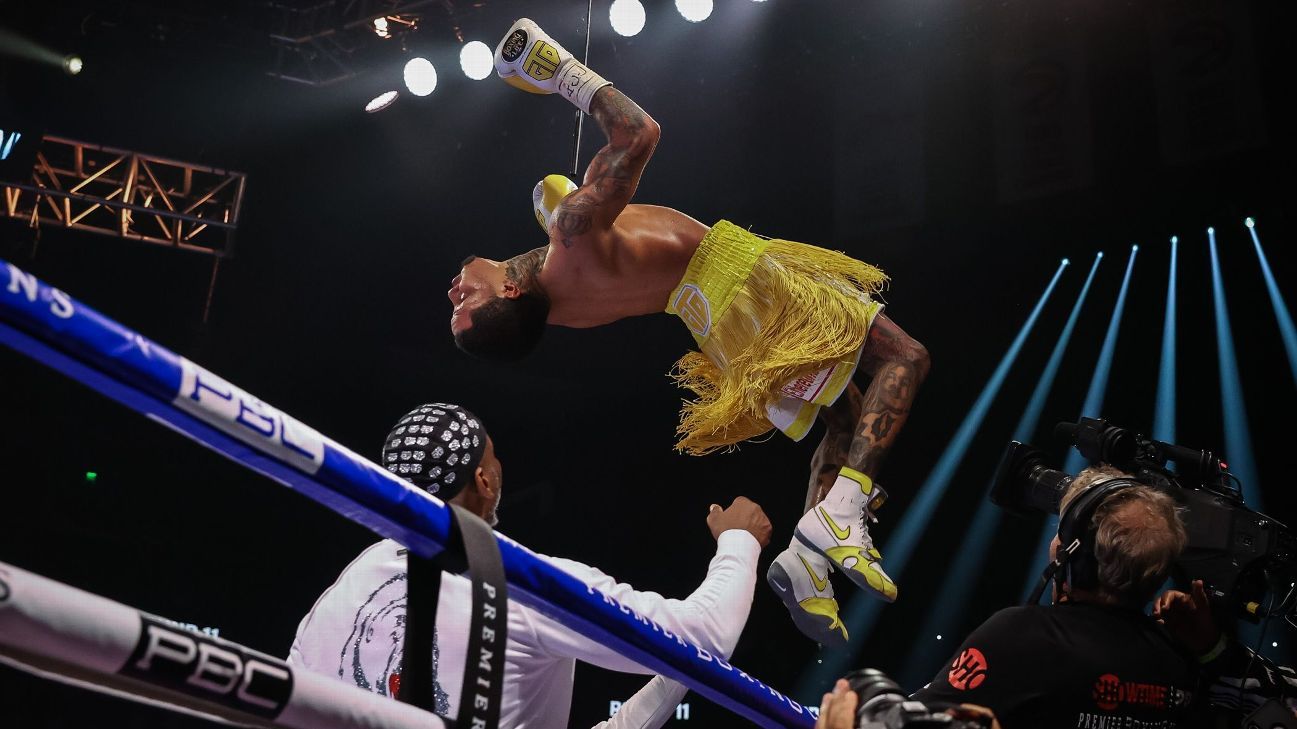 ATLANTA — Earlier this week, in a back room of the Omni hotel in downtown Atlanta, Gervonta Davis said it could take a little while for him to get used to fighting up two weight classes.

The first time he went up to 135 pounds was an adjustment, Davis said.

“First time it’s always like [moves hands back and forth], but once you get used to it, it’s all good.”

Early on in Davis’ fight against Mario Barrios on Saturday night, it seemed like there was a similar adjustment period for Davis, who was fighting a bigger fighter in every way — giving up height, reach and natural weight. It looked, for a stretch, that perhaps going to 140 pounds was going to be too much for him.

Moving up and down the weight ladder, in an attempt to claim belts at every stop along the way, could have hit a major roadblock for the 26-year-old at junior welterweight on Saturday. The big plans Mayweather Promotions CEO Leonard Ellerbe had for Davis might have be thwarted by Barrios, who had a strategy of using his size to keep the smaller Davis away.

But by the time Davis knocked Barrios down for the third time, and locked up an 11th-round TKO, all seemed good for Davis — albeit with some legitimate concern moving forward.

Davis said afterward that he was nervous the entire night because he wasn’t sure if he could hurt Barrios or, if Barrios hit him, if he would get hurt by the bigger, taller, now-former WBA “regular” junior welterweight champion.

That nervousness seemed to permeate Davis’ performance early on. Davis said it was on him that the fight lasted as long as it did — that Barrios was in as advantageous a position as he was in early on. In those moments, Davis could have potentially lost.

His promoter, Floyd Mayweather, told Davis mid-fight he was down on the unofficial scorecard (he was actually up from the seventh round on in all three official judges’ scorecards).

“I said,” Mayweather said after the fight. “‘Show me you’re great.'”

At that point, Davis did, and perhaps showed that 140 pounds could be an eventual home for him down the road.

Davis at 140 pounds is always going to be an interesting proposition. Going into Saturday night he said he was somewhat unsure what to expect, and there are still some questions despite the impressive way he finished the fight and clearly handled Barrios in the later rounds.

Is 140 in Davis’ future? Not immediately. For now, both he and Ellerbe said 130 and 135 pounds is where he’ll primarily be. But two years from now? That could be a different situation.

Davis said two years from now he’ll be at “probably 140” because “I’m just growing.” After the fight, both Davis and Mayweather said their team will take care of those decisions.

But for those hoping to see fights against the other young breakout fighters between 130 and 140 — the Ryan Garcias, Teofimo Lopezes, Devin Haneys and Josh Taylors of the world — it doesn’t sound like those fights are in the cards in the near future. The plan for Mayweather Promotions appears to be continuing to have Davis fighting other PBC and Mayweather fighters, at least for the time being.

“We’re not going to go nowhere and make another company great. So we got plenty of fighters that’s at 140, 135 and 130,” Mayweather said. “We’re going to continue to fight the fighters that we got to fight, and at the end of the day, I want Tank to enjoy his victory.”

One thing Davis did rule out is going up to 147 pounds next. Everything else, Davis is leaving up to Mayweather and his team. Mayweather is particularly helpful in that kind of planning, considering how many divisions he fought in over the course of reaching 50-0 in his Hall of Fame career.

“He pick up weight, picked up a lot of weight so he could go up. But I think he probably feels good and strong at 140.”

So moving up and down might be in his future for a while. Mayweather believes there’s “no limit” to how far Davis can rise. On Saturday, there was a chance there could be a limit for a little while, had things gone awry against Barrios, but Davis showed he can rebound.

Davis showed he can walk down a larger fighter. He showed he can land with enough power to hurt a bigger fighter at a larger weight class. And as he gets more experience, he showed an ability to put himself in better situations against larger boxers — and that could carry Davis a long way.

Callum Walsh vs. Leonardo Di Stefano Ruiz on March 16 in Boston
Beterbiev Stops Yarde In Eight
Showtime will be absorbed into Paramount+, so what could that mean for boxing?
Rocha Knocks Out Ahsie In Seventh
Hearn: Ngannou should go straight into big boxing fight, sells AJ bout on “the unknown”