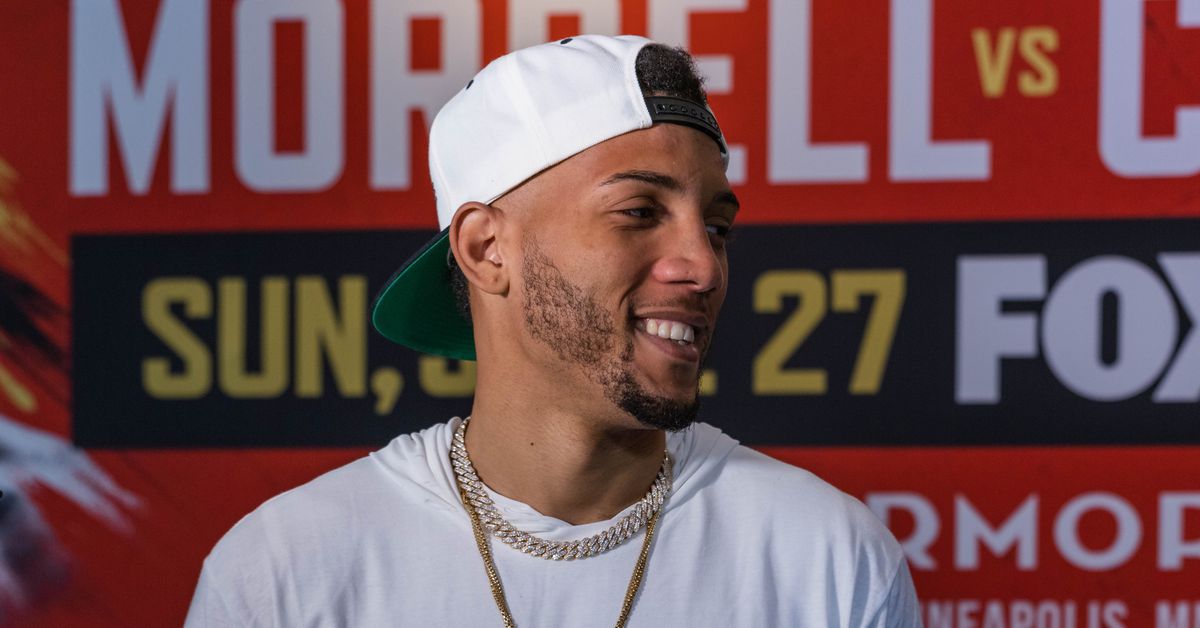 No one can accuse Premier Boxing Champions of truly making the most of their time slots on FOX, but it would also be impossible for a fight fan to have watched tonight’s show from Minneapolis and not had a good time with what we saw.

In the main event, Cuban super middleweight David Morrell Jr improved to 5-0 (4 KO) with a first round knockout win over Mario Cazares, a 30-year-old Mexican best (only) known for his upset last year over Julio Cesar Chavez Jr.

Cazares (12-1, 5 KO) definitely came to fight here, but it was clear really fast that he didn’t have the skill to compete with Morrell. To Cazares’ credit, he tried to rough it up, even make it a little dirty, get into Morrell’s head and frustrate him.

But he didn’t get the time to make that pay off, as Morrell stuck him with a left hand, followed up with another, and it was over at 2:32 of the opening round.

This was an absolute war, will be on the short list for Fight of the Year without question, and the second upset on the card.

Apochi (11-1, 11 KO) was coming off of a monster knockout win over Deon Nicholson in April, and Glanton (14-0, 11 KO) is a 29-year-old former college football player, a guy who weighed nearly 300 lbs as a defensive tackle but has worked down to being able to make the 200 lb limit as a boxer.

Glanton also looked better than Apochi technically pretty quickly in this fight, but the bottom line is this became an absolute slugfest. I thought the right guy definitely won — BLH had it 97-92 for Glanton — but it was competitive, and you can’t ignore the heart and grit shown by Apochi, and the chins both of these guys displayed. This was just hard-hitting the entire way. Apochi was ruled down at the end of the sixth round, as he slumped against the ropes. It was the right call, and it made the difference.

Two judges had this 95-94 for Glanton, the knockdown making the difference, and the other had it 96-93 Apochi, which I think is an awful card.

This one could get booked as a rematch and I don’t think anyone would really argue with that, but maybe not immediately.

The 22-year-old Juarez took a solid step up here, as Rivera (22-5, 18 KO) is tough, can punch, comes to fight, and is willing to get dirty. We saw the dirtiness come into play with a fourth round tackle and a very low blow in the seventh, but more importantly we saw the power come into play when he dropped Juarez on a right hook in the ninth round, catching Juarez trying to throw a right uppercut and letting his left hand drop.

Bad Left Hook actually had this 96-93 for Juarez, but there were also two rounds I gave to Juarez that I could easily have given to Rivera (the second and eighth), and that would make it a 95-94 Rivera card for me. Juarez will also probably be kicking himself not just for the knockdown, but basically giving the 10th round and the fight, as it turned out, away by putting in little effort in the final three minutes. His corner had told him the ninth, where he was dropped, was the only round he’d lost. They were wrong.

Ex-featherweight champion Famechon dies at 77
Rather than unity, the boxing fraternity offers Ringside Charitable Trust a wall of silence
Wilder Manager: A Joshua Fight is Enormous Even If He Loses To Usyk
Chris Small: Drawn to Boxing
Oleksandr Usyk Arranges For Rematch With Anthony Joshua To Be Broadcast In Ukraine For Free