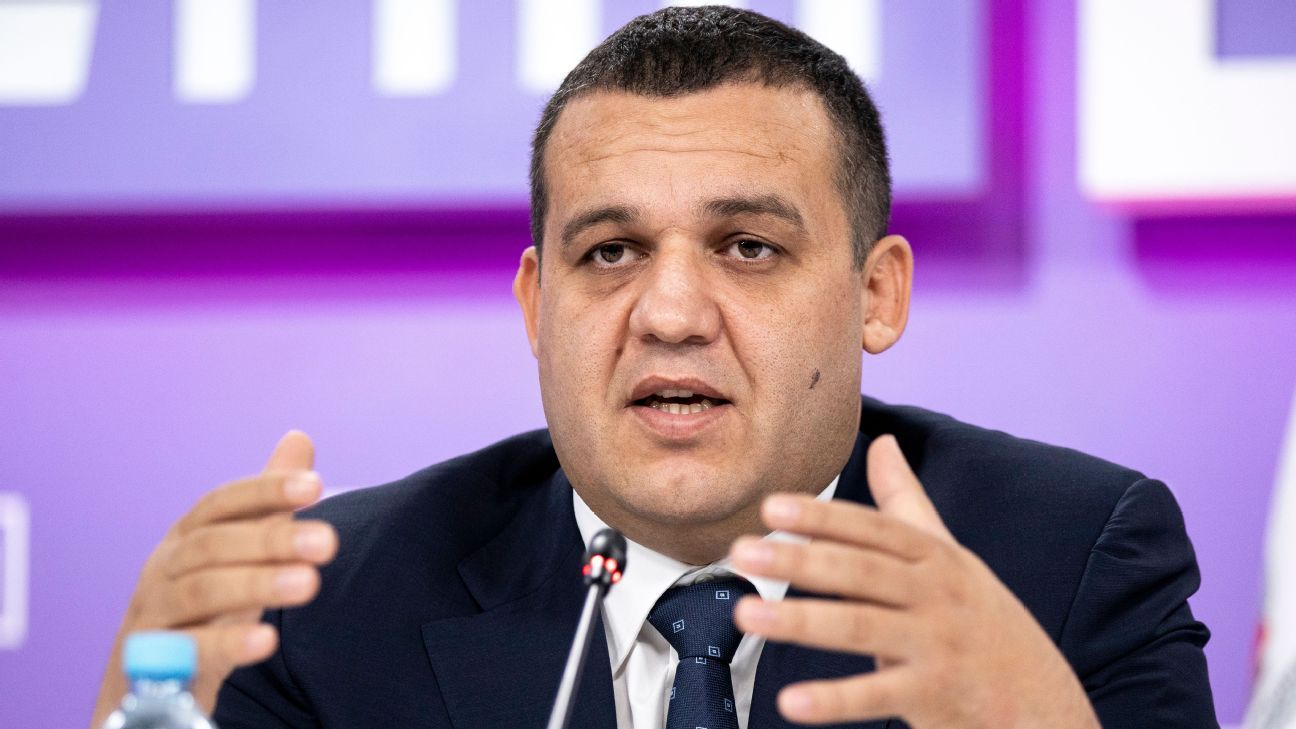 The International Boxing Association’s new president is confident his beleaguered organization will be welcomed back into the Olympic family after the Tokyo Games.

Umar Kremlev said at a news conference Monday in Switzerland that AIBA is implementing the changes necessary to get back in the good graces of the International Olympic Committee, and he still expects the sport’s governing body to return to the Olympic fold before the Paris Games in three years. The IOC hasn’t commented recently on the progress made by AIBA, which was suspended in 2019.

A boxing tournament has been held at every Olympics since 1920, but the sport’s place in the Olympic program was in question when the IOC tired of AIBA’s scandals and questionable business practices under President Ching-Kuo Wu, who resigned in 2017. An IOC task force led by gymnastics executive Morinari Watanabe will run the boxing tournament at the Tokyo Games.

“Our position is that we are becoming one of the best federations, so there will be no reason to exclude us,” Kremlev said through a translator in Lausanne. “You have just to look at how boxing is developing and completing reforms, and putting a full stop to the past. It is for the IOC to judge the result.”

Kremlev won an election to take charge of AIBA last December. He has been outspoken in his criticism of the organization’s past bosses, vowing to establish a new level of transparency in everything from the business practices to the judging decisions of the notorious governing body.

“Unfortunately, we have a bad heritage, it is true,” Kremlev said. “To put it mildly, our past is not that good.”

Kremlev won election partly by vowing to eliminate AIBA’s debts, which swelled while Wu’s administration attempted to build the organization into a force in professional boxing. Last month, AIBA announced it had repaid a much-criticized, eight-figure loan taken from an Azeri company early in Wu’s tenure to create the defunct World Series of Boxing, a team-based professional boxing league.

Kremlev and the boxing figures assembled for the news conference spent much of their time criticizing the sport’s past Olympic judges and referees, who came under scrutiny after a handful of questionable decisions in the 2016 Rio Games. None of the Rio judges and referees are allowed to officiate in Tokyo.

“We all know what happened before us was a major crime,” Kremlev said. “But we are not only doing away with our past. We have our vision. We have serious, tangible results.”

Judging actually was an area of moderate improvement under Wu, who implemented a pro-style scoring system to replace the punch-based scoring that led to confounding decisions in Beijing and London. Moreover, nearly every amateur boxing tournament includes complaints from fighters certain they were robbed in their three-round fights, which often have no obvious winner.

Roy Jones Jr., the American boxer whose scandalous loss in the 1988 Seoul Games is considered the nadir of the Olympic sport, attended the news conference to support Kremlev’s reforms.

“All of my efforts are to make sure that doesn’t happen to another 19-year-old, because for me, the damage is done,” Jones said. “Even if I get my gold medal, it’s not like I got it at that ceremony, hearing your national anthem being played and knowing you sacrificed nine years for your life, and it was worth it.”

AIBA Secretary General István Kovács and Kremlev both mentioned the possibility of moving to yet another scoring system, without providing details.

Jones also said he favors the return of headgear in men’s fights after the Wu administration removed the protective gear before the Rio Games.

BN Verdict: BN Verdict: Navarrete and Wilson combine to produce another early “Fight of the Year” contender
IT’S ON! Katie Taylor vs Amanda Serrano rematch official for May 20 in Dublin
‘THAT S*** AIN’T FOR ME! I’M FROM DETROIT’ – Tony Harrison gets high | #shorts
Bunce Diary: If you want a boxing tag team, look no further than Alexander, Samuels, Brodie and Swain
Hearn: Ngannou should go straight into big boxing fight, sells AJ bout on “the unknown”