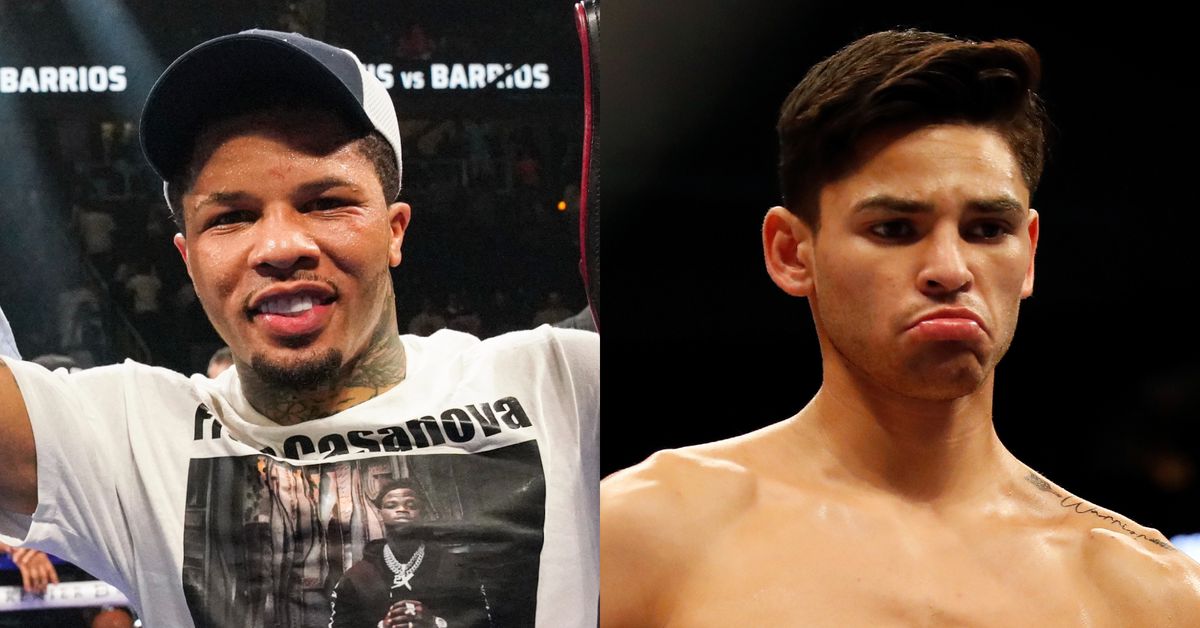 A possible fight between Gervonta “Tank” Davis and Ryan Garcia may not be as dead an issue as you’d think.

Garcia (21-0, 18 KO) and Davis (25-0, 24 KO) have had some back-and-forth with one another, not even terribly smack talk-y or anything, really. In January, days after Garcia beat Luke Campbell, the two agreed on Mike Tyson’s podcast to do a fight, but obviously that didn’t come to pass.

Now, Mayweather Promotions’ Leonard Ellerbe, who represents Davis, said they had real talks with Golden Boy a few months back about doing a fight with Garcia.

For the record we tried to make the Ryan Garcia fight back in March with Golden Boy and they told me they were exploring other options and he would be fighting soon. ‍♂️

You may doubt this coming from only Ellerbe — especially given that Floyd Mayweather just said they have no intention to have Davis fight anyone outside of PBC — but Chris Mannix said there were indeed negotiations between representatives for the fighters, and a two-fight deal was proposed.

As for Garcia, he still says it’s “the only fight” he wants:

Garcia, 22, recently withdrew from a planned July 9 fight with Javier Fortuna to deal with mental health issues, but says he’s looking to come back soon, and Golden Boy have indicated the same intent. We may hear something before then, but a wise bet might be to have them announce something for Garcia at their July 9 show in Los Angeles, which will air on DAZN.

Davis, 26, just fought this past Saturday, stopping Mario Barrios in the 10th round of Tank’s debut at 140 lbs.

It also has to be said that Garcia and Golden Boy have very publicly not always been on the same page, so Golden Boy’s plans for Garcia may not match what he really wants to do. That’s not a “for sure” thing, but it’s possible given the history between the two sides, which was most recently patched up with a new deal last year.

But a lot could change by the end of this year, too. Golden Boy may be leaving DAZN — that’s not official, but it’s been explored — which could result in a lot of different ideas getting traction that we might not see as likely right now.

Ultimately, at the moment this remains no more than talk, but it’s at least a stated interest for what could be a really interesting fight between two of the sport’s most talented, popular young fighters, and it’s hard to imagine it not being a good fight, too.

Maurice Hooker Confident Of Victory, Dedicates Cobbs Fight To The Late Stacey Snyder
Esparza: Vergil Ortiz Is An Amazing Fighter, I Know I Gotta Hold My Ground On a Show Like This
Conlan not easing back gently against Marriaga
Cody Crowley, Garcia-Benavidez & The PBC Top Five | The PBC Podcast
Terence Crawford On Errol Spence Negotiations: “We’re “Working To Get It Done For Y’all”