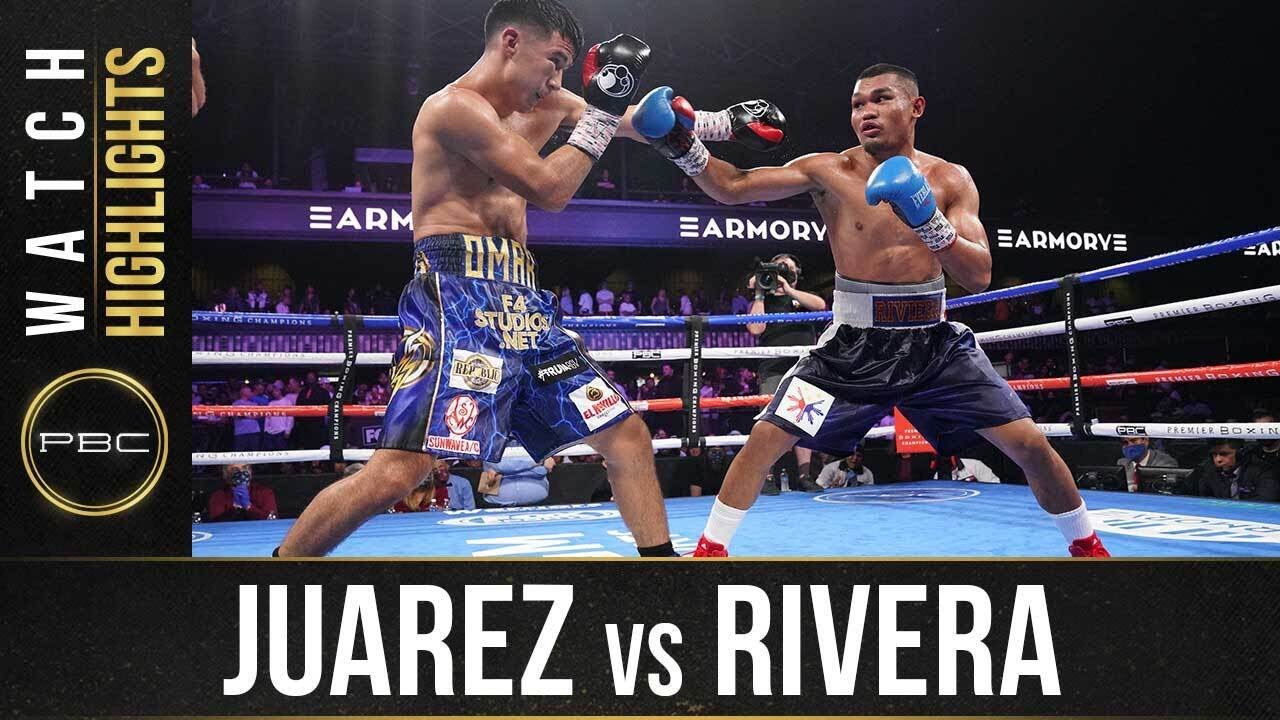 Video
Share on Facebook
Share on Twitter
Share on Pinterest
Share on LinkedIn
#AllRivera (22-5, 18 KOs) defeated #OmarJuárez (11-1, 5 KOs) by majority decision in 10-round attraction, giving Juárez the first loss of his professional career. Rivera scored a knockdown in the ninth frame, which proved to be the difference in the contest as judge Scott Erickson scored the fight a 95-95 draw, but judge Octavio Rodriguez scored the bout 95-94 for Rivera and judge Kyle Shiely scored the fight 95-93 for Rivera.

“I was confident that I was going to get the decision,” said Rivera. “I was blocking a lot of the shots that Juárez was throwing. I was landing the more powerful punches. Juárez was doing good work in there, but we were landing the more effective shots. I feel like when I hurt him I maybe could have done a little more to get him out of there early and avoid the decision. But he’s a stronger fighter and I respect his talent.”

Juárez said, “I honestly thought that I did enough to get the win. I did get knocked down. There was one round where I stayed in there and took a couple hits, but I felt like I was the smarter fighter in there. I adjusted well and I thought I did well over all. Almost all of the greats have losses and I know I’m going to be great one day. I just have to fight through this adversity.”

On their professional experience levels, Rivera said, “I’ve been in the ring 27 times now professionally, and I think Juárez is still a kid who’s developing his skills. I’ve fought some of the best fighters around. I’ve won belts. So, I definitely think my experience played a difference tonight.”

“He was the better man today,” Juárez concluded. “I’m not going to take anything away from him. He’s a hard fighter. He’s from the Philippines, which has a lot of strong fighters. I respect him a lot, but I’ll be back.”

Speaking about the knockdown, Rivera said, “We actually worked on that shot in camp. We also worked on the follow-up sequence. So, when it landed my corner wanted me to take it to the body to finish him, but he’s a tough fighter.”

“I’m here for any 140-pound fighter that wants to step in there with me,” concluded Rivera.