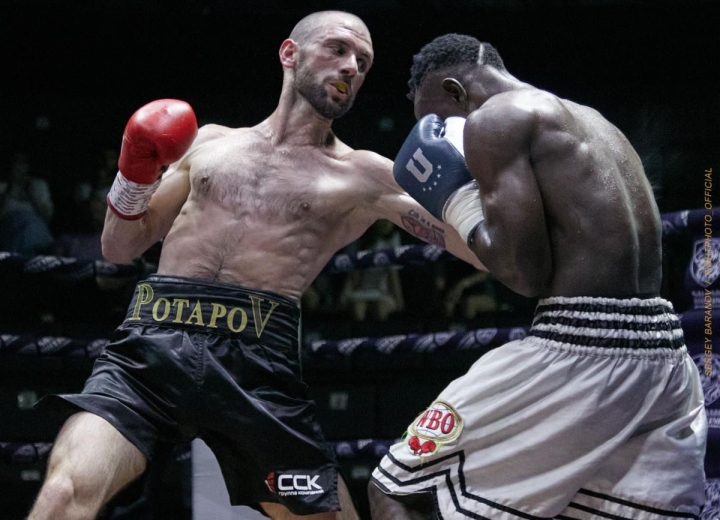 Fighting in the main event of a 14-fight event at the Soviet Wings Sport Palace in Moscow, Russia and live on Russian TV and Salita Promotions’ Youtube channel, Potapov (23-2-1, 11 KOs) dominated the game Richard (7-4-1, 2 KOs) throughout.

“I commend my opponent,” said Potapov, post-fight, “he had no fear in him. It felt good to get in eight good rounds after six months. I am sharp and ready to slay ‘The Monster’ as soon as I get him in a ring.”

Potapov, who had over 180 amateur fights and won numerous national and international tournaments, says the vaunted Inoue is nothing he hasn’t seen before.

“I’ve beaten hard punchers like him before,” said Potapov of Inoue. “I know his style inside and out and beating him will not be a problem. Bring me ‘The Monster!’”

Potapov’s long-time promoter, Dmitriy Salita, says that Potapov’s focus has been on Inoue for a long time.

“Since the first time he saw Inoue fight he’s been saying he knows how to beat him,” said Salita. “All his experience fighting around the world, he says he knows exactly how to nullify a fighter who relies on his power like that.”

Salita says he’s happy with the large viewership who were allowed to watch several exciting overseas prospects before their North American debuts.

“I am delighted that we were able to provide boxing fans with an opportunity to watch free live boxing featuring some of the best contenders and prospects from Russia,” said Salita. “Thousands of fans tuned in, participated in a live chat and talked boxing.”