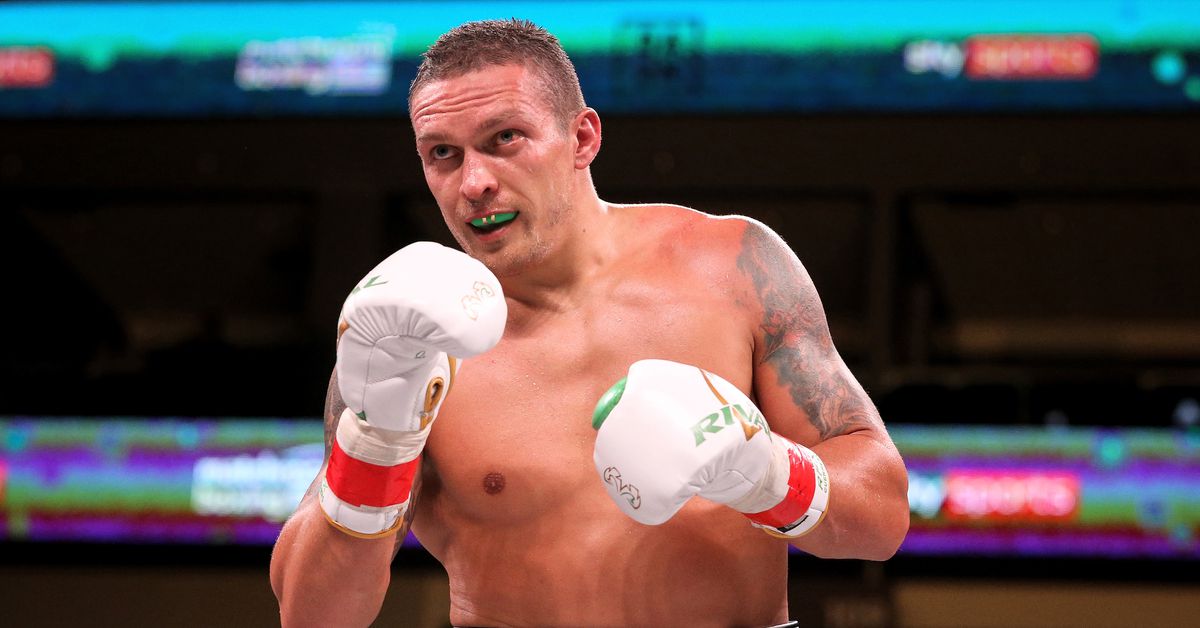 With Oleksandr Usyk currently expected to contend for Anthony Joshua’s world titles on September 25 in London, Top Rank promoter Bob Arum tells Sky Sports that the Ukrainian has re-enlisted the services of Anatoly Lomachenko, the father/trainer of Vasiliy Lomachencko, to prepare him for the battle.

Usyk was previously trained by Yuri Tkachenko for his bout against Derek Chisora but has now returned to his roots, working with a trainer he’s worked with since the amateurs. And while Usyk isn’t one of Arum’s fighters, Arum says he’s fully aware of Usyk’s new training plans due to Usyk’s close personal relationship with Lomachenko, with Arum even referring to Usyk as a ‘really good friend.’

“Egis Klimas, who is the manager of both, I talk with him and he has talked with the father of Lomachenko, who he calls ‘Papa Lomachenko’ who was the trainer of all these Ukrainian Olympians and he’s agreed to properly train Usyk for this fight.

“His father wouldn’t train anyone else, but he will train Usyk, because Usyk is like family.”

Usyk, who is truly a fantastic boxer, will be vying for a shot at heavyweight glory in this outing after becoming undisputed cruiserweight champion during the World Boxing Super Series. Going up against Joshua, Usyk will surely be at a natural size disadvantage, so he’ll likely need all of the technical skill and tactics he can muster under the tutelage of ‘Papachenko.’

Callum Walsh vs. Leonardo Di Stefano Ruiz on March 16 in Boston
Yesterday’s Heroes: Alan Minter at the Olympics
Highlights and results: Rocha smashes Ashie in 7, calls for Terence Crawford next
Boxing streaming and TV schedule for Feb. 2-4
When you see a fighter fall face first, you know he got hit with a BIG punch 😳. #LenierPero