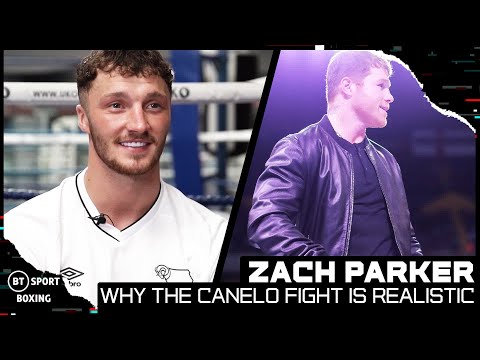 Video
Share on Facebook
Share on Twitter
Share on Pinterest
Share on LinkedIn
Zach Parker is the No. 1 super-middleweight contender with the WBO, which means he could fight for Canelo’s world title, but the popular Derby man understands that a bout with the pound-for-pound star isn’t imminent. He explains why a future fight though isn’t actually all that far fetched, even if the Mexican may not have Parker on his radar just yet. He also welcomed the idea of taking on Danny Jacobs if that opportunity comes up before Canelo.