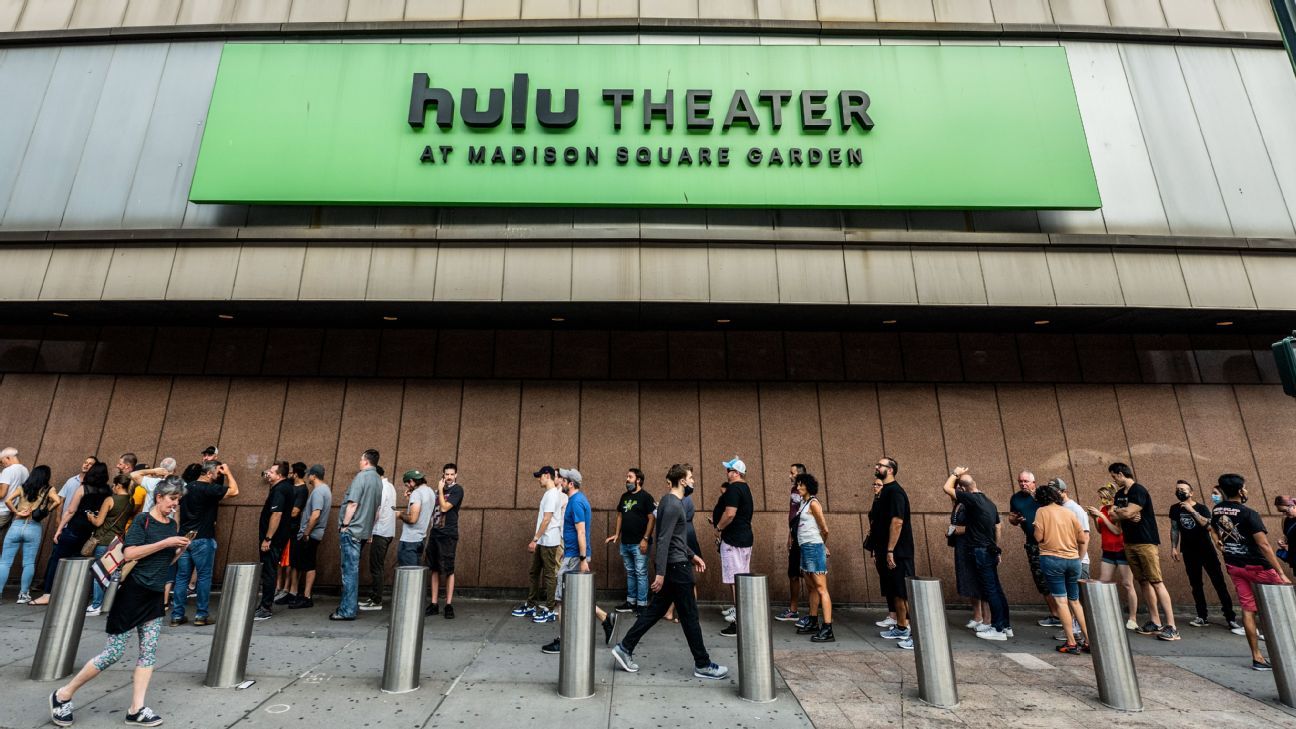 The series kicks off Aug. 3 with ESPN’s No. 9 heavyweight, Michael Hunter, taking on Mike Wilson in a title eliminator. Former 140-pound champion Chris Algieri will compete in the chief-support bout at a catchweight of 144 pounds against an opponent to be determined.

The deal hasn’t been signed yet, but MSG management greenlit the pact on Thursday. The series will be dubbed “TrillerVerz” and will feature a Verzuz rap battle between well-known artists N.O.R.E. and Beanie Sigel. The event will be streamed on FITE and Triller TV with the Verzuz portion taking place after the headline fight is over (each card will feature up to 10 bouts).

“We couldn’t be more excited to be bringing back ‘boxing Tuesdays’ at the Mecca of boxing, Madison Square Garden, combining the excitement and purity of boxing with the innovation and cultural relevance of Verzuz,” Kavanaugh told ESPN.

Triller’s chief boxing officer, Peter Kahn, architected the deal and led negotiations with MSG. Kahn will oversee the boxing aspect of the series. Producers Swizz Beats and Timbaland will oversee the Verzuz rap battles. DiBella Entertainment will serve as the local promoter.

The heavyweight fight between Michael Hunter and Mike Wilson was originally scheduled for the pay-per-view undercard on June 19 headlined by Teofimo Lopez vs. George Kambosos. That 135-pound title fight was rescheduled after Lopez tested positive for COVID.

“I’m the main event. This is the first time this has ever happened to me,” Hunter, who lives and trains in Las Vegas, told ESPN. “It’s kind of unreal. I’m really excited about it.

“It puts a different type of pressure on me, though. I kind of have to show up and perform in a performing way especially being with Triller. … I fought at MSG one time before, obviously I wasn’t the main event, and especially being at MSG, this is the world-renowned arena, so I feel like this is the greatest opportunity for me to step up my game and show everyone who the No. 1 American heavyweight is.”

Hunter’s only pro defeat came against Oleksandr Usyk in a cruiserweight title fight. Since moving to heavyweight, Hunter (19-1-1, 13 KOs) has impressed with his boxing skills and movement, fighting to a draw with Olympic gold medalist Alexander Povetkin in December 2019.

Algieri (24-3, 9 KOs) became a 140-pound champion when he upset Ruslan Provodnikov in 2014. He parlayed that victory in a pay-per-view showdown with Manny Pacquiao at welterweight, where he was dropped six times in a decision loss. Algieri’s other losses came against Amir Khan and Errol Spence Jr.

The Long Island, New York, native is a proven ticket-seller in New York and often appears on television as a boxing analyst. The 37-year-old hasn’t competed since June 2019, when he defeated Tommy Coyle.

This Weekend’s Biggest Fight Doesn’t Involve Heavyweights
Breaking down the trilogies: Who has the edge in Fury-Chisora and Chocolatito-Estrada?
Steven Nelson Vows To “Smash” Ballard on Crawford-Avanesyan Card
Tyson Fury Stops Derek Chisora In Tenth, Lashes Out At Oleksandr Usyk To His Face Afterward
PODCAST: Estrada-Chocolatito and Fury-Chisora previews, more