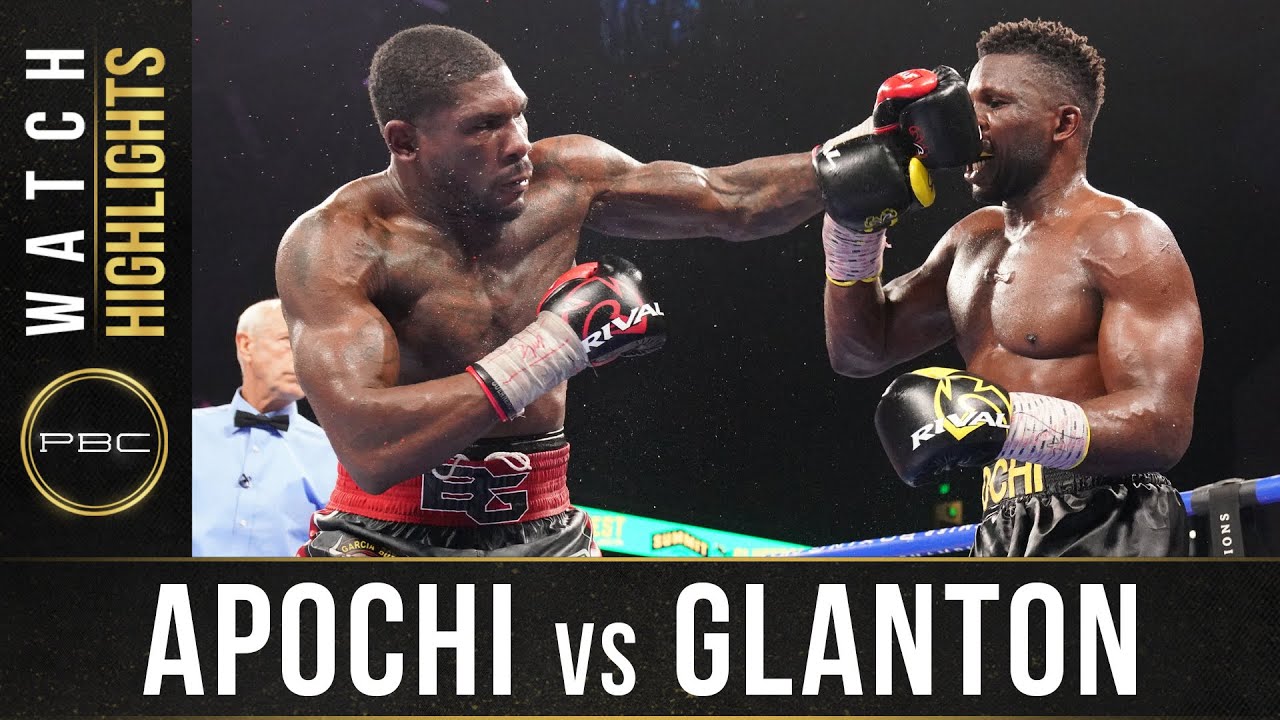 Video
Share on Facebook
Share on Twitter
Share on Pinterest
Share on LinkedIn
Cruiserweight #BrandonGlanton (14-0, 11 KOs) defeated #EfetoborApochi (11-1, 11 KOs) by split decision in their 10-round bout. Glanton scored a knockdown to close out the sixth stanza as Apochi fell into the ropes. That knockdown proved the difference as judge Nelson Vazquez scored the bout 96-93 for Apochi, but was overruled by judges Mike Fitzgerald and John Mariano who both scored the contest 95-94 for Glanton. The loss is the first of Apochi’s professional career.

“I knew it was a close fight because at the very end he didn’t hurt me, but I staggered,” said Glanton. “We always talk about balance in the gym, though. I got the split decision because balance is something that we constantly work on. He didn’t hurt me, that’s why I was able to keep fighting.

“Thank God the judges saw it the right way,” continued Glanton. “That knockdown is something we worked on in the gym. I hope the boxing world sees what my coach is doing. The small details, the intricate things, make the difference in a fight like this. All the little details that he schools me on is what he told me would be the difference in this fight, and I’ll be damned if it wasn’t.”

“What can I say?” asked Apochi. “I thought I won the fight. I used my jab, showed some heart, had some good movement in there, but I’m not the judges. I don’t know what they saw, but I thought that I did what I had to do. He’s a tough guy. I won’t take anything away from him. He took some tough shots and he was still there.”

On the possibility of a rematch, Glanton said, “If they want the rematch, then I’ll do it again. I think I’ve proven what I needed to prove, but it’s easier the second time.”

Tall Story: Ed “Too Tall” Jones was an NFL star who boxed six times as a pro, then stopped
Ring Masters Championships: The Road To The Garden 2023
Broner: I had to dig myself out of dark place, now I’m ready to go
Showtime will be absorbed into Paramount+, so what could that mean for boxing?
Amanda Serrano: I Want To Give Puerto Rico Some Bragging Rights as Undisputed