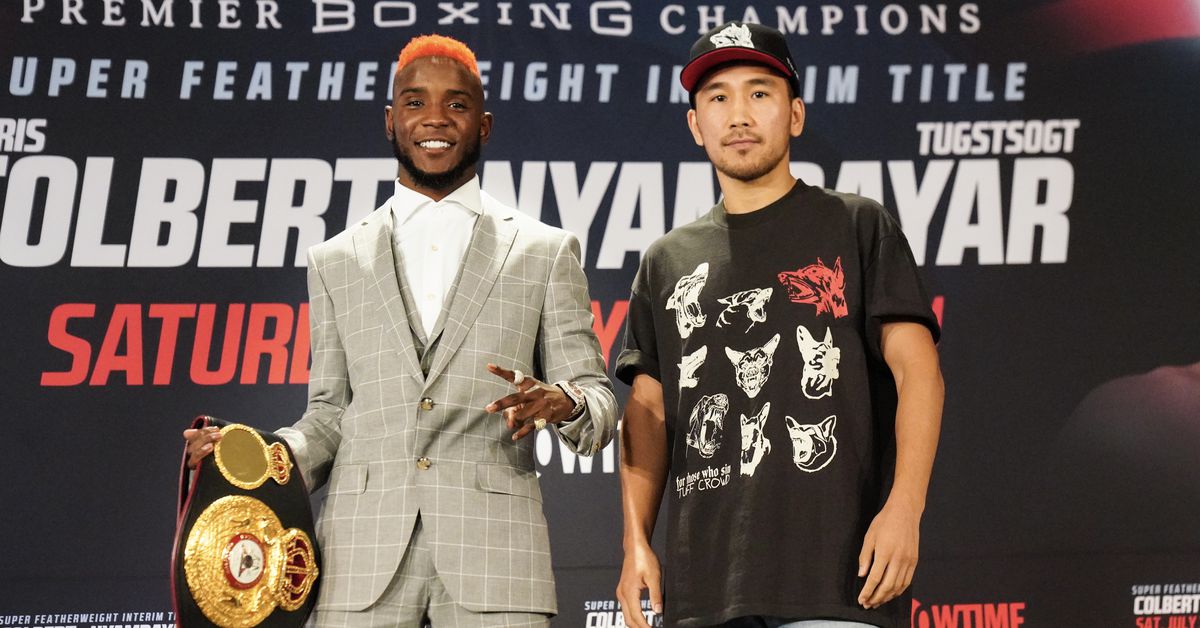 Tonight at 9 pm ET on Showtime, Chris Colbert and Tugstsogt Nyambayar meet in the main event of a doubleheader from Carson, Calif., in a 12-round junior lightweight fight for the interim WBA title.

We’ll have live coverage, including highlights and updates for both fights, in this stream:

Colbert, a rising contender, was originally supposed to face veteran Yuriorkis Gamboa. But when Gamboa pulled out, featherweight contender Nyambayar stepped up on short notice to his credit, and to Team Colbert’s credit, they took what really might be a much tougher fight on that same short notice.

How to Watch Colbert vs Nyambayar

In the co-feature, lightweights Michel Rivera and Jon Fernandez will meet in a 10-round bout, each looking to stake a claim to some real estate at 135. The card was also originally meant to be a three-fight bill, but junior welterweight prospect Richardson Hitchins suffered an injury and is out of his planned bout with Darwin Price.

Editor’s Letter: Mark Potter was so much more than a “nearly man”
Regis Prograis Knocks Out Jose Zepeda
Michel Rivera Explains Why He’ll Beat Frank Martin on December 17
Regis Prograis: ‘I know I’m the best, I just need to prove it’
Zepeda vs Prograis: Live updates and results, 9 pm ET