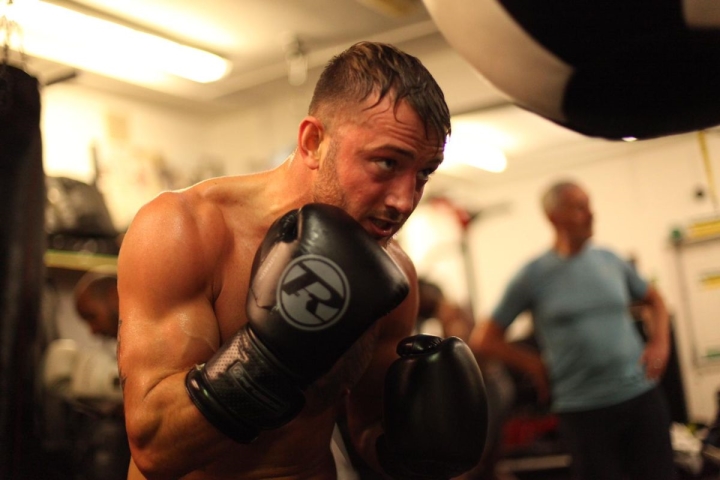 Known as ‘The Newquay Bomb’, the explosive Cornish fighter is one of the UK’s hottest prospects. Unbeaten in fourteen professional contests including nine wins inside the distance, the current Southern Area Champion has already established a reputation as a fan favorite thanks to his all action style.

Pauls captured the Southern Area Title in June 2019 with a third-round technical knockout win against Darren Codona before defending the belt with a devastating seventh-round stoppage victory over Robbie Chapman.

The Southern Area title is just the beginning for Pauls, who having signed with new promoter Wasserman Boxing, is excited to bring his fan friendly style to the masses as he sets his sights on domestic domination.

“I like to bring excitement to my fights,” says Pauls. “I’m a come forward fighter who loves a tear up. My style and what fans look for is exactly the same. Fans like to see knockouts and fighters looking for knockouts. Intensity and constant, relentless hunting and pressure – that’s what I bring to the table on fight night.

“My aim is to become the best middleweight in the country. To be the best fighter domestically, and to show the world what I can do. It’s nothing personal with any of the fighters I’m in with – they share the same dreams and ambitions as me –  but ultimately I’m going in there to knock people out and win titles!

“What the guys at Wasserman Boxing are doing is huge, and to be a part of it is just amazing. I’ve worked so hard for so long to get myself into a position like this, and to be here with such an unbelievable team is incredible.”

Promoter Nisse Sauerland is thrilled to welcome Pauls to the team as Wasserman Boxing continue to sign Britain’s young talent.

“We’re on an exciting journey here, and to sign a fighter like Brad shows we’re signing the very best British talent out there and looking to put on great shows with exhilarating, edge of your seat, style fighters,” said Sauerland.

Esparza: Vergil Ortiz Is An Amazing Fighter, I Know I Gotta Hold My Ground On a Show Like This
Donaire won’t retire, plans move to 115 for Chocolatito or Ioka next
McKinson gets long-awaited crack at Ortiz
Santa Cruz vs Wood purse bid scheduled for Aug. 12
WBC Prez Defends Willingness To Rank Jake Paul: He Deserves Respect!