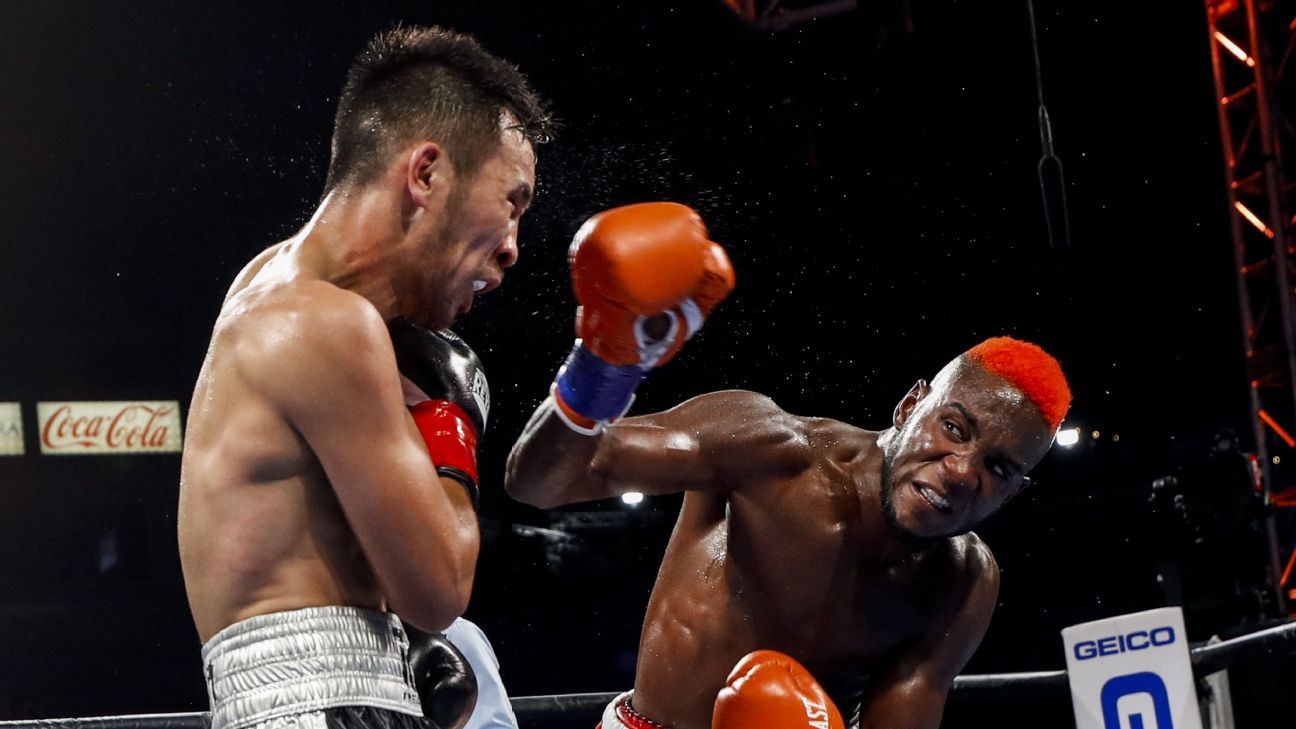 Colbert, ESPN’s No. 9 boxer at 130 pounds, was originally slated to face former champion Yuriorkis Gamboa before the 39-year-old withdrew after suffering an injury in training camp. Nyambayar, ESPN’s No. 8 boxer at 126 pounds, moved up one weight class on a week-and-a-half’s notice, a smaller yet fresher fighter than Gamboa.

Colbert (16-0, 6 KOs), 24, controlled the fight from start to finish with his excellent jab, often switching from orthodox to southpaw. The Brooklyn, New York, native threw 421 jabs, more than twice as many as Nyambayar and outlanded him in that department 112-20.

Nyambayar, who claimed silver for Mongolia at the 2012 Olympic Games, applied pressure at times and landed a few big shots, particularly an overhand right in Round 3 that won him the frame on two of three cards, but otherwise couldn’t get past the jab. The size and speed disparity was apparent, too.

“The jab is always a key in this sport,” said Colbert. “I’m very slick. It’s not that easy to hit me. If you get me with one, you got lucky.

“‘Tug’ did a great job coming in off only a week-and-a-half of training for me. … He carried power for a 126-pounder.”

Nyambayar (12-2, 9 KOs) impressed in a losing effort against 126-pound champion Gary Russell Jr., last year. He wasn’t remotely competitive against Colbert, though he had little time to prepare and was fighting outside his best weight class.

Despite that, Colbert never appeared to seriously hurt Nyambayar, content to box him from the outside for most of the contest. He did land some hard shots later in the fight, particularly a sweeping left hook in Round 8, but Nyambayar was able to absorb the shots.

Colbert was coming off an 11th-round stoppage of Jaime Arboleda in December. And now, it’s clear he’s ready for better opposition. Gervonta Davis is the WBA’s 130-pound champion, but his win over Mario Barrios last weekend was at 140 pounds. It’s possible Colbert will fight for the full version of the WBA title later this year.

Whomever he fights next, Colbert’s talent is obvious, a blend of boxing skills, speed and athleticism. Now he just needs the right opposition to show just how good he is.

BN Verdict: BN Verdict: Navarrete and Wilson combine to produce another early “Fight of the Year” contender
EXCLUSIVE: Jay from The Inbetweeners On SPARRING David Haye & PREDICTS WINNER!!
Croke Park ruled out for Taylor bout over cost
Amanda Serrano: I Want To Give Puerto Rico Some Bragging Rights as Undisputed
Navarrete vs Wilson: Live updates and results, 6:30 pm ET