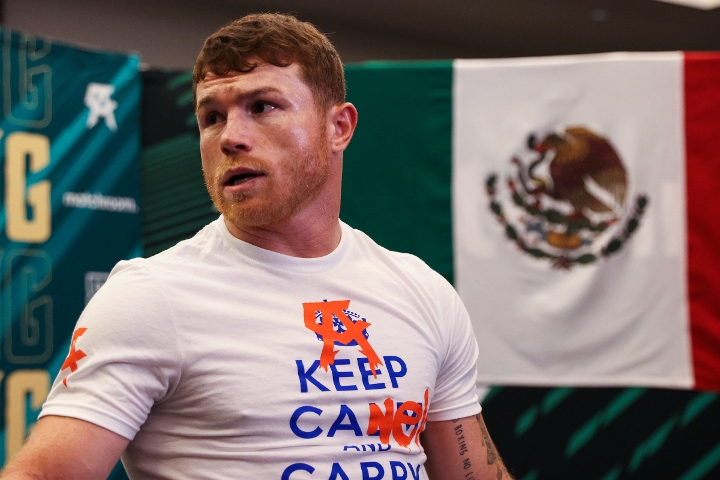 Eddy Reynoso, trainer and manager of Mexican superstar Saul ‘Canelo’ Alvarez, says his team will do everything possible to finalize a fight with IBF super middleweight champion Caleb Plant.

Canelo, who hold the WBC, WBA, WBO world titles at 168, wants to unify the entire weight class in September.

Back in May, Canelo stopped unbeaten Billy Joe Saunders to unify three of the major titles at super middleweight. Plant holds the last remaining belt in the undisputed puzzle.

“We know that Plant is handled by [Premier Boxing Champions founder Al] Haymon. We are going to have talks with him to figure out what the plan is there, we are willing to do whatever it takes to make the fight happen, it is an interesting fight,” Reynoso told TUDN.

“It is a fight where all the titles will be unified. Caleb Plant has been showing many things [in the ring] and we are ready to negotiate Canelo’s next fight.”

If Canelo overcomes the challenge of Plant and unifies the entire weight class, then he may consider a return to the light heavyweight limit of 175.

Canelo moved up to 175 back in 2019 and knocked out Sergey Kovalev for the WBO world title. He would later vacate the belt and drop down to 168.

At 175, there are two big fights in the weight class – WBC, IBF champion Artur Beterbiev and WBA champion Dmitry Bivol.

Boxing TV schedule for Aug. 11-13
Hearn on Jake Paul: There Will Always Be People Trying To Make Sure He Doesn’t Succeed
Marlen Esparza Defeats Eva Guzman On The Cards
BN Verdict: Conlan manages to strike a balance and exorcise demons against Marriaga
McKinson gets long-awaited crack at Ortiz