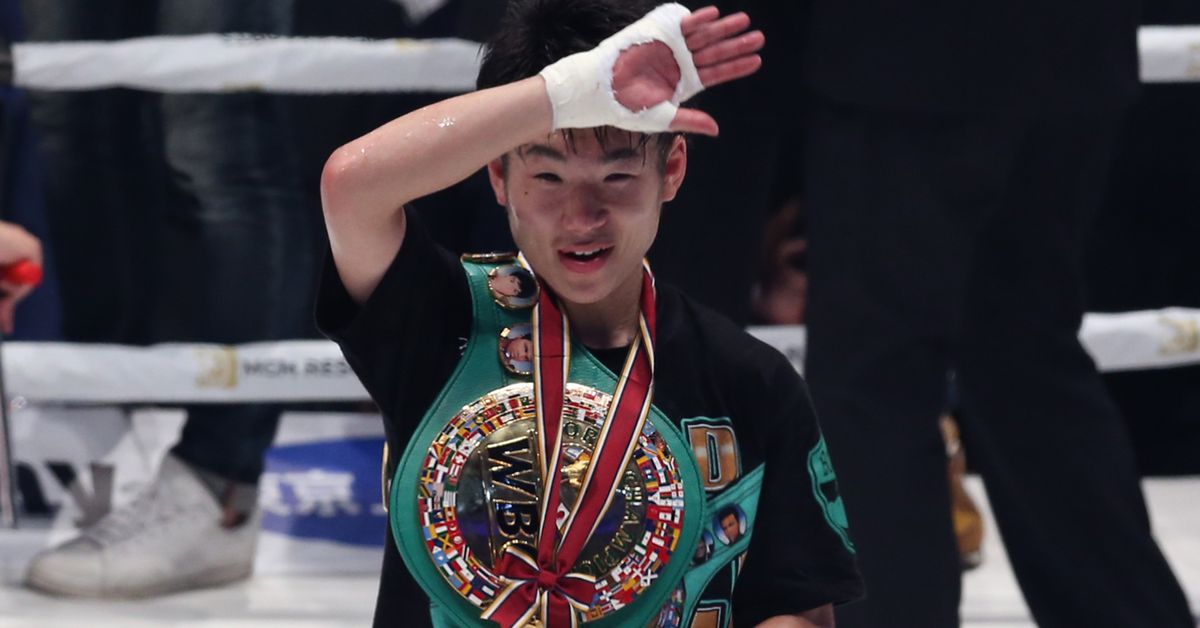 The 28-year-old Yabuki (12-3, 11 KO), who sits at #5 in BoxRec’s rankings, is stronger than his record would suggest; his three defeats came against wunderkind Junto Nakatani, Japanese flyweight champ Seigo Yuri Akui, and unbeaten WBA interim light flyweight champ Daniel Matellon, the last of whom he fought to a split decision in 2018. He presently holds the Japanese light flyweight title, which he claimed last July with a one-round pasting of Tsuyoshi Sato and defended five months later with his first-ever decision win over Toshimasa Ouchi.

Teraji (18-0, 10 KO) will look to make it nine consecutive defenses of his WBC belt, which he edged out Ganigan Lopez for in 2017. He was last seen dominating Tetsuya Hisada in April, ending a 16-month layoff in the process.

I think we can safely expect violence from this one; Teraji’s got a strong claim to being the best 108-pounder in the world and Yabuki’s got legitimate power for his size. Crossing my fingers for a stateside broadcast.