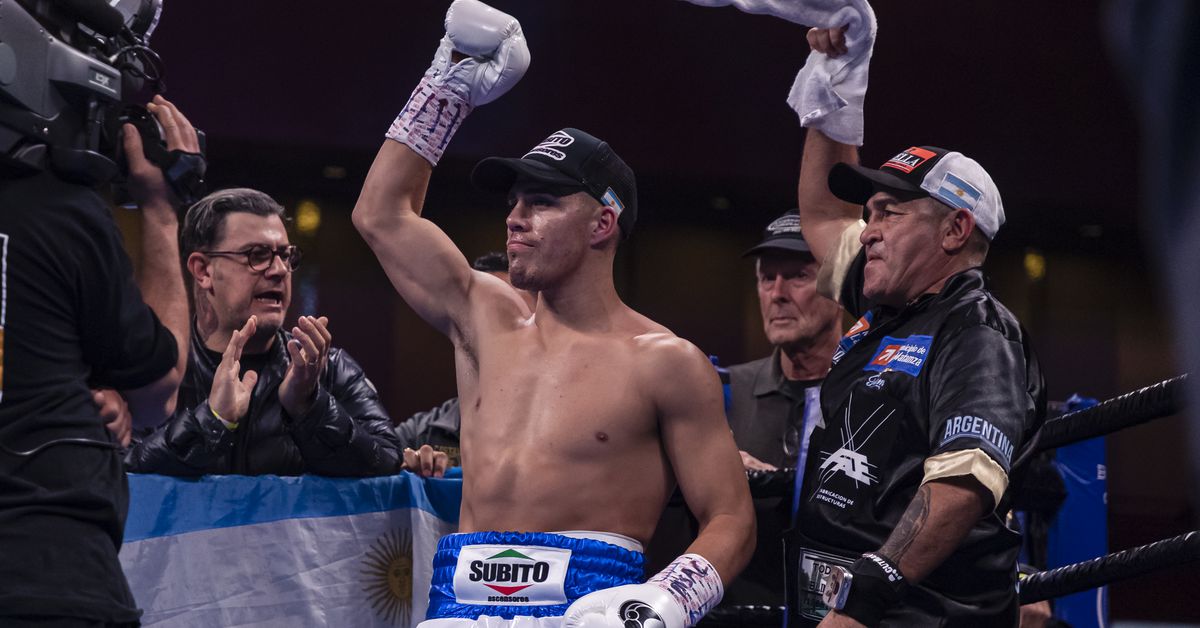 Jermell Charlo isn’t the only one looking for 154-pound glory when he faces Brian Castano on July 17th in a Showtime main event. Castano had a lot to say for himself during their virtual press conference and assures the world that he’s coming to make a name for himself and cement his legacy in the division. Check out some press quotes of what Castano had to say on the impending battle below.

“This is one of the most important fights in Argentina’s history. It’s for four belts, undisputed at 154 pounds. It’s a great opportunity for my team, my manager, my family and most importantly, for me. This will be the hardest fight of my career.

“Charlo is a great fighter, there’s no doubt about it. But I came here to do my job and I’m going to come forward. I’m the type of fighter that is always going after you. I’m always there to pressure you. Even though Charlo said that I don’t have anything he hasn’t seen before, he has never seen anybody with my fighting style.

“I’ve seen Charlo knock down a lot of fighters with just one punch. That’s something to look out for. However, I have more of a variety in my arsenal than anybody he has fought before. If I have to be more aggressive and go for more power instead of finesse, rest assured that I can knock him down as well.

“Ring rust will not be an issue at all. I train every day. I spar three times a week. I’ve been training twice a day lately. I am in rhythm and in shape. I am coming for the four belts.

“On July 17, I can guarantee that I will bare my soul, I will leave my heart in the ring and do everything in my power to become the undisputed, unified champion of the world.

“I think that Charlo is in the prime of his career as well. That’s why I looked for this fight. This is the fight I’ve been looking for because we are both in the best moment of our career, and I want to take advantage of it.

“If I win, the glory would be equal to a potential Argentina World Cup title next year. However, soccer is different because you have ten other people that you can rely on. Messi has ten teammates that he can pass the ball to when things get tough, but when I’m in the ring I’m on my own. Boxing is more of an individual challenge. When I’m up against the ropes, I have to get out of it on my own. The glory and the excitement of a win would be the same as an Argentina World Cup for my country.

“I have not had the opportunity to meet Manu Ginobili, but he is an icon in Argentinian sports. He is one of the best ever and what he represents is iconic both as an athlete and as a person. He has both my admiration and my respect.

“I am aware that people may not know me, but I’m here to create my own path and pave my own way. I know that I haven’t fought that much lately and maybe that’s part of the reason why people don’t know me, but I turned down fights against opponents that weren’t of the caliber that I wanted to face. My goal has always been to go up against the best of the best and the elite of my division. I have that chance now and I’m going to prove why I deserve this chance and why I’m worth following.”

Dillian Whyte: I Won Clearly, So Why Would I Consider A Rematch With Jermaine Franklin?
Tyson Fury and Dereck Chisora weigh-in 24 hours before they battle for WBC World Heavyweight Gold
Breaking down the trilogies: Who has the edge in Fury-Chisora and Chocolatito-Estrada?
Bill Haney heads to liquor store in search of Teofimo Lopez Sr
The BN Preview: Questions will be both asked and answered when Williamson and Kelly collide in Newcastle