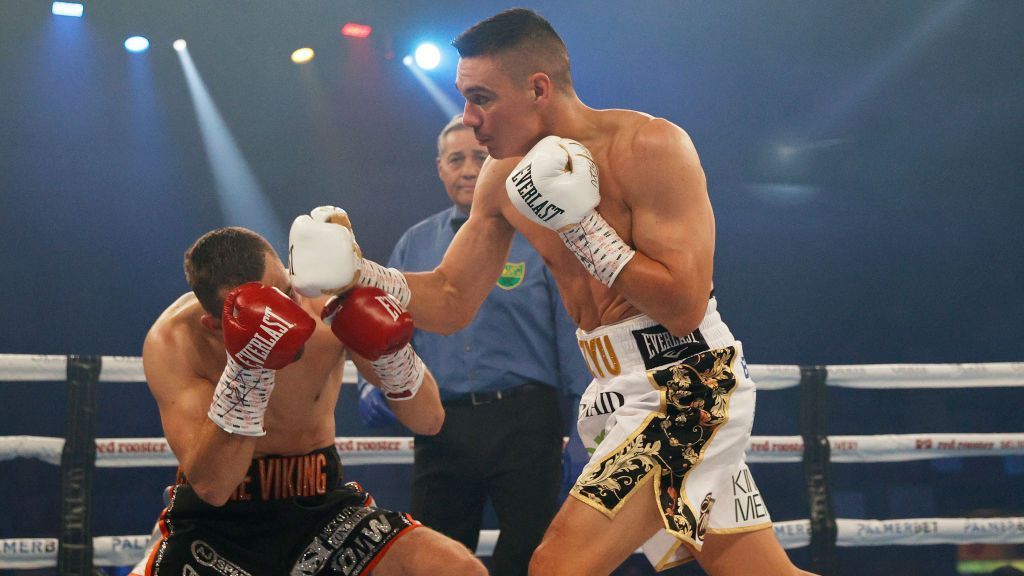 Tim Tszyu’s perfect run as a professional continued on Wednesday evening, after dominating unheralded compatriot Steve Spark from start to finish in Newcastle.

Tszyu (19-0) had initially agreed to fight Michael Zerafa but the Victorian left fight promoters scrambling when he sensationally withdrew from the bout early last week, citing COVID-19 restrictions in New South Wales as the reason he would not travel and fight. Shortly after, it was announced that Spark would fill the Zerafa void and take on Tszyu in a junior middleweight fight.

While thrilled Spark agreed to the eleventh hour call up, Tszyu didn’t hold back punishment for the 24-year-old Queenslander. From the opening bell, Tszyu attacked and despite some early promising moments from Spark, it was clear he was well and truly out of his depth.

Spark did well to stay on his feet during a brutal second round, but the barrage continued from Tszyu in the third. A brutal body shot saw him hit the ground, and although he recovered, another shot seconds later put him back on the canvas, forcing referee Brad Vocale to wave the contest off.

“I had fun in there, that’s the main thing,” Tszyu said after the fight. “For myself, I have one objective, take whoever out that’s in front of me. But this is my ring and this is my division. I’m here to stay.”

The win consolidates Tszyu’s standing as a serious challenger to the winner of this month’s highly anticipated title unification fight between Jermell Charlo and Brian Castano, though he is looking at a potential match up against Britain’s Liam Smith.

Earlier in the night, Joe Noynay and Miles Zalewski won their super featherweight bouts, either side of Wade Ryan’s clinical super welterweight performance against Troy O’Meley.

Sam Ah-See made a successful return from a six year boxing hiatus, stopping Czar Amonsot in the first round, while Linn Sandstrom and Natalie Hills’ super flyweight battle ended in a split draw to open proceedings in Newcastle.