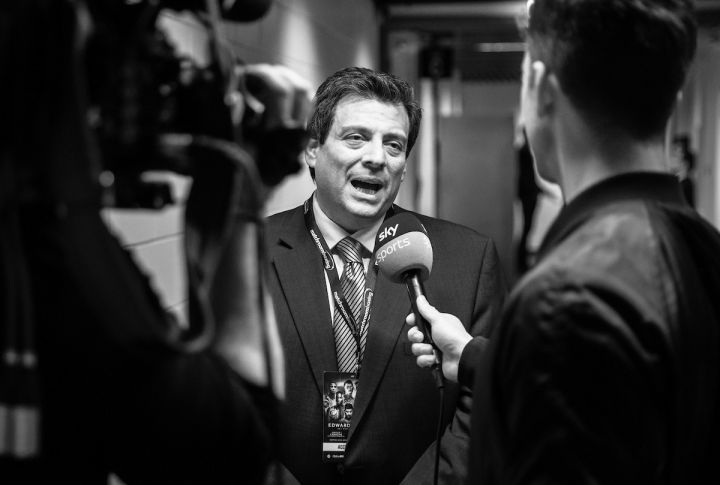 World Boxing Council President Mauricio Sulaiman has made it clear that currently there is no mandatory challenger to WBC heavyweight champion Tyson Fury.

Fury will return on July 24th, when he faces former champion Deontay Wilder in a trilogy fight at the T-Mobile Arena in Las Vegas.

Last year, Dillian Whyte was getting close to a mandatory crack at the title – but he was brutally knocked out by Alexander Povetkin.

Earlier this year, Whyte reclaimed the WBC’s interim-title when he knocked out Povetkin in their rematch.

However, the victory over Povetkin has not established Whyte as the mandatory challenger to the title.

According to Sulaiman, the mandatory situation will be sorted out in the aftermath of the Fury-Wilder trilogy.

“At this moment there is no mandatory contender in the division. We have this fight that is happening on July 24 and afterwards we will be addressing this matter. We have just seen in the news that Whyte will be fighting in August,” Sulaiman told Boxing Social.

“We have not received a sanction request [from Whyte and his team], that’s what we saw in the news. This is always an ever ongoing situation. There’s not much I can say right now. We’re in a process that we have to deal with and as soon as we have news about this matter, we will be letting you know.”

There is a possibility that Fury will submit an application to make a voluntary defense before a fight with Joshua takes place.

Richardson Hitchins Believes He Should Be Headlining His Own Shows
STILL LIONS IN THE CAMP 🦁 Inspirational Anthony Yarde Post-Fight Interview | #BeterbievYarde
‘YOU WEREN’T MEANT TO COME!’ Michael Conlan MOCKS ‘BEST TRAINER IN WORLD’ Ben Davison
Liam Wilson: I Was Already Training When Navarrete Fight Came Came Up
George Warren reacts to an incredible Fight of the Year between Artur Beterbiev and Anthony Yarde 🥊