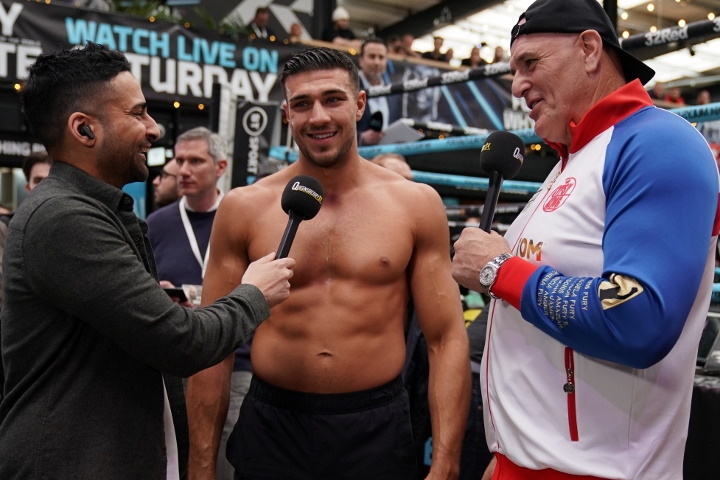 Things don’t appear to be getting any closer for a potential fight between undefeated light heavyweight prospect Tommy Fury and social media star Jake Paul.

They were scheduled to collide back in December, with Fury withdrawing with a training camp injury. Fury was replaced by former UFC champion Tyron Woodley, who Paul brutally knocked out.

Fury finally saw action in April, when he picked up a stay-busy decision win on the undercard to older brother Tyson Fury’s WBC title defense against Dillian Whyte at Wembley Stadium in London.

Paul is planning to fight again on August 13, with no opponent currently finalized. Several names have been kicked around, including UFC veteran Anderson Silva, who last year picked up two boxing wins in sanctioned fights.

Fury is still eager to do the fight, but he also wants to see action sooner than later. Warren wants to get something lined up as soon as possible to avoid too much inactivity.

“We have got a couple of things we are working on at the moment, we have got to announce something soon because he has itchy feet,” Warren told iFL TV. “He wants to get out there he wants to be out in the next few months so we will work something out.

“I still want to do the fight with Jake and I would still like to get that on. It is still realistic from our end but who knows from their end, but of course we would like to see that happen. There was a few discussions initially but we will see what happens.”