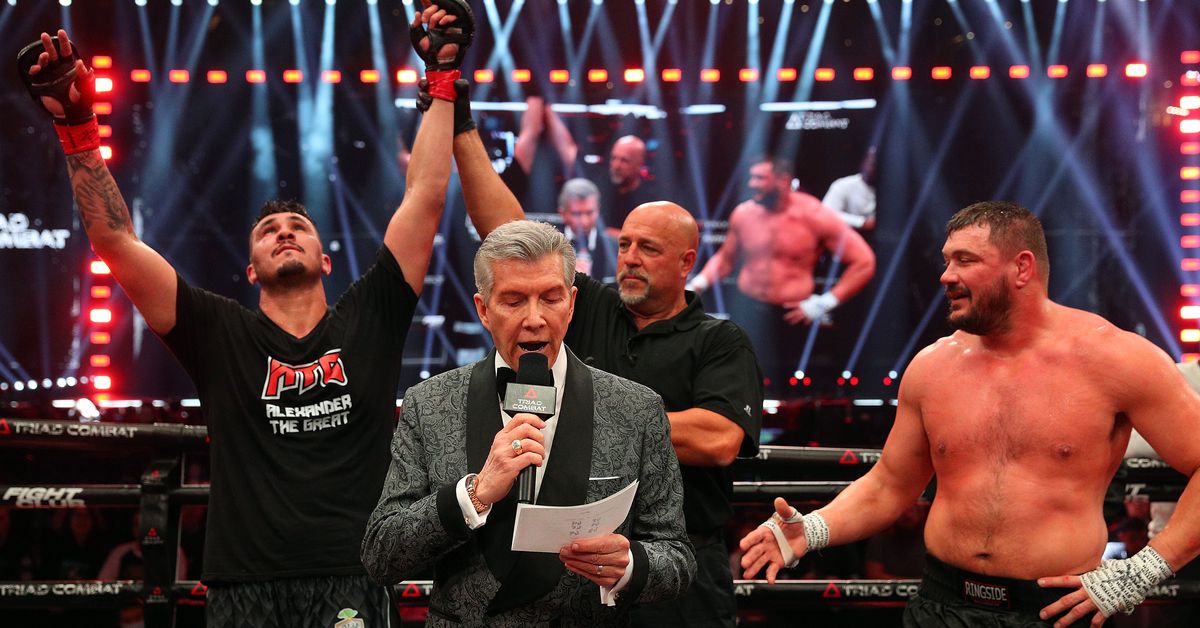 Triller is supposed to have a Triad Combat show in Costa Mesa, CA eleven days from now.

But, you can’t buy tickets. If you try, you get a message that tells you: “Tickets for this event are not on sale.”

You can’t buy a ticket to see Triad Combat, though. And nobody at Englebrecht seems to want to talk about it. They did not respond to a message Bad Left Hook left at their listed contact number, and did not answer follow-up calls.

If your backup plan to see the show was to just catch it through FITE, the pay-per-view and streaming platform that Triller owns, that isn’t an option right now, either. It’s not currently listed on their schedule. You can spend June 11th watching PPVs for Superior Challenge or Subversiv MMA, NWA or AAW wrestling, or a Bare Knuckle FC event in Mississippi. You can drop $29.99 on something called “BitCoinRodney The Official Celebrity Boxing – South Florida Rumble,” or roll the dice on Don King actually delivering Trevor Bryan vs Daniel Dubois for the same price.

But, Triller’s platform isn’t offering Triller’s Triad Combat show. And nobody at Triller seems to want to talk about it. A spokesman for Triller spoke with Bad Left Hook very briefly over the phone and acknowledged a follow-up text message. They said they would provide an update, but have not yet done so. It’s disappointing, but more than the dead silence offered the last time we requested comment on a Triad Combat story.

Bad Left Hook also attempted to get an update from representatives of two different fighters previously announced for the event. One agency stopped responding to messages after hearing what we wanted to discuss. The second agency, which also lists dozens of active NFL football players and several big name MMA fighters on their website, also did not respond to phone calls. But, in that case, it wasn’t out of spite or shame. It was because the office number listed on their website is currently out of service.

The only person willing to talk about Triad Combat with Bad Left Hook today was an employee of the 32nd District Agricultural Association special-purpose district in the Division of Fairs and Expositions of the California Department of Food and Agriculture. That’s the organization that runs the OC Fair & Event Center, announced home of the June 11th Triller Triad Combat event.

They confirmed that nobody has told them to remove the event from their calendar yet, but they can’t sell you any tickets directly.

Out of gratitude for their one-of-a-kind responsiveness, Bad Left Hook is pleased to tell you that the OC Fair will be held July 15-Aug. 14, open Wednesdays-Sundays, and this year’s theme is “Feel the Sunshine.” You can’t buy tickets to Triller’s Triad Combat, but you can buy opening night tickets to see Kool & the Gang and The Family Stone, or a Boston tribute band. If live music isn’t your thing, there are two different opportunities to check out the Motorhome Madness Demolition Derby.

Triad Combat superfans will recall that the last scheduled event was set to happen in Houston on February 26th of this year. That event was cancelled, with the official announcement coming just three weeks before fight night. The stated reason was concern over a high number of COVID cases, even though COVID cases in the week preceding the cancellation were almost two-thirds lower than what Houston and Harris County experienced during the week leading up to the announcement of the event.

Whatever the reasons behind the June 11th Triad Combat show being unavailable for pay-per-view or in-person viewing, Triller enthusiasts can perhaps turn their attention to an announced June 25th boxing show instead. That one features Jarrell “Big Baby” Miller returning to the ring after four years away from the sport to face Onoriode Ehwarieme.

That fight is three and a half weeks away. It’s said to be happening in Las Vegas. No specified venue, you can’t buy tickets for it yet, it’s not listed on the FITE schedule, and no undercard has been announced.

Bad Left Hook will happily provide updates if and when any are made available.

Mike Tyson: Hulu “Stole My Life Story”
Frampton: Joshua needs to bully Usyk, not sure he can do it over 12
Top welterweight contender Ortiz stops McKinson
Arum: Fury’s career on hold pending outcome of Usyk vs Joshua 2
Maurice Hooker Confident Of Victory, Dedicates Cobbs Fight To The Late Stacey Snyder