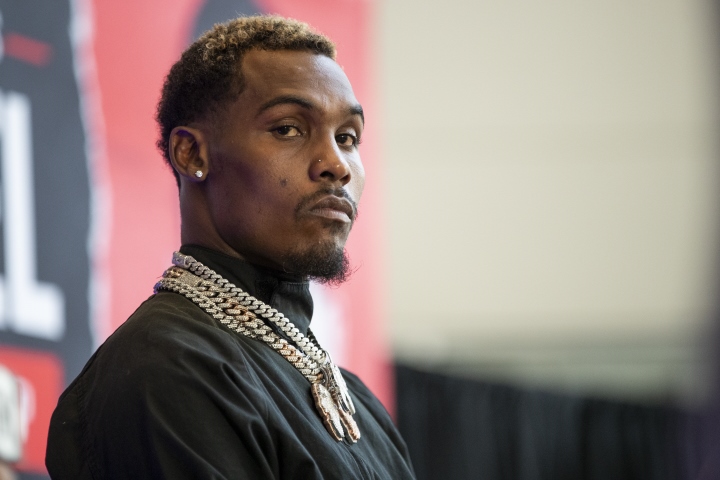 Jermall Charlo didn’t seem particularly bothered by the fact that Jaime Munguia won’t be standing in the opposite corner for his next title defense.

If it was ever a point of contention, the unbeaten two-division and current WBC middleweight titlist was over it in a hurry. Instead, Charlo is squarely focused on the opponent he will actually face—Poland’s Maciej Sulecki, with their fight set to headline a June 18 Showtime tripleheader from Toyota Center in Charlo’s hometown of Houston, Texas.

“I’m ready, I’m ready for anybody,” Charlo told BoxingScene.com and other reporters during a recent Zoom media conference call to discuss his second straight Juneteenth weekend headliner in his home city. “They can get me whoever they want to get me. [Sulecki], Munguia, Benavidez, whatever. A name is just a name. It’s just a person to me.”

The person that all parties involved originally sought for Charlo was Tijuana’s Munguia (39-0, 31KOs).

The fight eventually fell apart, strangely after both fighters agreed to the money, weight, date and location. A breakdown over which platform would exclusively air the fight killed the deal for Munguia’s co-promoters, Zanfer Boxing and Golden Boy Promotions who preferred to keep the unbeaten middleweight contender and former WBO junior middleweight titlist on DAZN, whereas Showtime—who is paying for the fight—has remained in the Jermall Charlo business for what is now the tenth consecutive fight dating back to 2016.

Instead, the 32-year-old Charlo will settle on Sulecki (30-2, 11KOs), a borderline consensus top ten contender whose two career defeats came in title-level competition.

The 33-year-old from Warsaw, Poland came up short in an April 2018 title eliminator with Brooklyn’s Daniel Jacobs, who won the IBF middleweight title in his next fight. Sulecki was outclassed by a considerably wider margin in a twelve-round defeat to WBO middleweight titlist Demetrius Andrade in a June 2019 title bid in Andrade’s hometown of Providence, Rhode Island.

Two wins have followed for Sulecki, who enters his second career title fight. Charlo last fought at the same venue on this same weekend last June, entering on a career-long 52-week layoff following a twelve-round win over Juan Montiel. The upcoming fight with Sulecki will mark Charlo’s tenth with a primary title at stake spanning two weight divisions, though just another day in the office as far as he’s concerned.

“I’m in my prime. I’m ready for everybody,” insists Charlo. “Whoever they put in front of me, I just do what I gotta do, make the adjustments to win. At the end of the day, you’re gonna see the real fighter come out of me.”

The Second Act Of Teofimo Lopez
Bradley: For Joshua to beat Usyk he needs to hurt him, and hurt him badly
With Adrien Broner Out, Sergey Lipinets Steps In To Face Omar Figueroa Jr
Daniel Dubois vs. Don King
Fury to ‘walk away’ after comeback flirtation