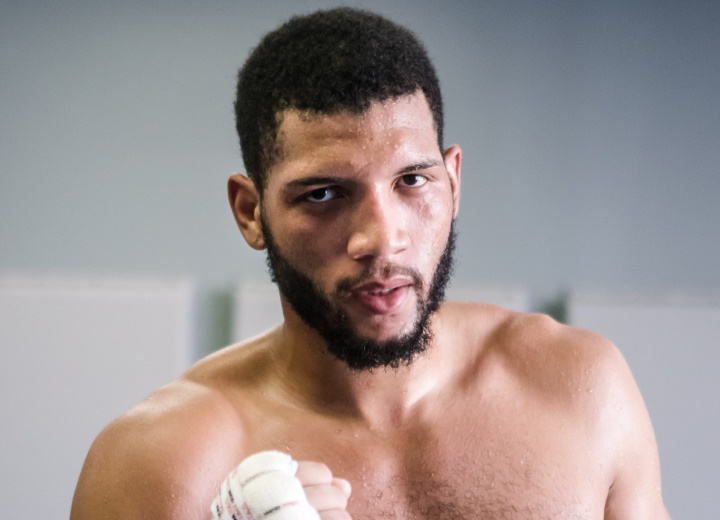 David Morrell Jr. is a realist.

The unbeaten Cuban can call out Canelo Alvarez all he wants, but Morrell doesn’t feel it’ll do much good even in a world where boxers sometimes talk their way into paydays. As much as owning the WBA’s secondary super middleweight title places their names near each other in one sanctioning organization’s rankings, Morrell realizes Alvarez doesn’t consider him a potential opponent in the foreseeable future.

Alvarez already is committed to defending his IBF, WBA, WBC and WBO 168-pound championships against Gennadiy Golovkin in their long-awaited third fight September 17. If the favored Alvarez wins that bout, he is expected to embrace a rematch with WBA light heavyweight champion Dmitry Bivol in his following fight.

Morrell, meanwhile, is focused on trying to land a showdown with David Benavidez (26-0, 23 KOs), the interim WBC super middleweight champion who called out Morrell in the ring after his third-round stoppage of David Lemieux (43-5, 36 KOs) on May 21 in Glendale, Arizona.

“Canelo’s a free agent, so he can do whatever he wants with his fights,” Morrell told BoxingScene.com. “He gets to pick and choose, and that’s very well within his rights. So, I don’t think that me having a title or not having one is gonna make a difference, really, because Canelo gets to choose. Whether I’m on his radar or not, that’s up to him. I don’t believe that I represent any kind of objective [for Alvarez] or I’m on Canelo’s radar right now. That’s just a fact.”

Morrell (6-0, 5 KOs) is set to defend his WBA world super middleweight title against Kalvin Henderson (15-1-1, 11 KOs), of Fayetteville, Arkansas, on Saturday night at The Armory in Minneapolis, where Morrell resides.

Morrell-Henderson will be the first of two live fights Showtime will air after its replay of Gervonta Davis’ sixth-round knockout of Rolando Romero, which took place last Saturday night at Barclays Center in Brooklyn. Showtime’s telecast is scheduled to begin at 9 p.m. ET.

DraftKings and FanDuel both have made Morrell a 16-1 favorite to beat the unknown Henderson. The 24-year-old Morrell would be an underdog against Alvarez (57-2-2, 39 KOs), but he wasn’t surprised Russia’s Bivol (20-0, 11 KOs) defeated the favored four-division champion from Mexico by unanimous decision in their 12-round match May 7 at T-Mobile Arena in Las Vegas.

“Canelo is an excellent fighter and an outstanding person,” Morrell said during a virtual press conference recently. “I’ve gotten the chance to meet him and I think that he is absolutely awesome. But as far as the fight goes, I think that everything happened the way I said that it was going to happen. Where Bivol is someone that is versatile and had mobility. And that mobility gave Canelo a lot of trouble because Bivol was able to get in and out whenever he wanted, and Canelo never really figured that out. And then you saw the result of what happened at the end of the fight.”