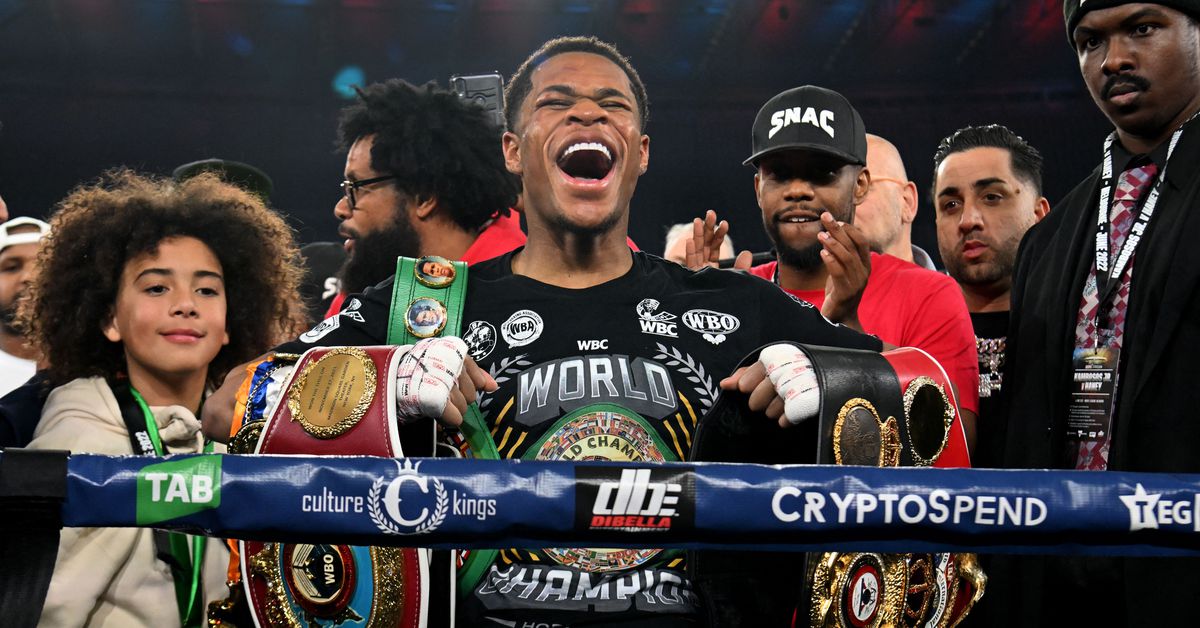 Rankings go up on Mondays.

Notes: Nobody had much doubt that David Morrell Jr would smash Kalvin Henderson, and he did just that, stopping Henderson in four rounds. Credit to the underdog, who gave his best effort, but it was a talent mismatch.

Morrell truly does look like the real deal; forget that he only has seven fights, how many more guys at this level does he need to smoke? He’s 24 and wants to fight the best guys out there. He’s calling for it. Do you need to see him fight Kyrone Davis or Ronald Ellis or Isaiah Steen?

Actually, the Steen fight might be a decent option, among options who would actually be available, if Morrell can’t get David Benavidez next. I wouldn’t hate a fight with, say, Vladimir Shishkin, either. I suppose you could form an argument that Anthony Dirrell would be a “next step” for him, too.

But Morrell “wants the smoke,” and personally I’d rather see Benavidez-Morrell than Benavidez-Plant. I say if the deal is right, make it happen.

Notes: Charles Conwell fought on Friday in Montreal, smashing Abraham Juarez Ramirez in three rounds. That dude is now 19-10 so, like, it wasn’t much of a fight for Conwell. But it keeps him from accumulating any more rust after not fighting in over nine months.

I know Conwell and his team want a big fight, and I’m a real believer in his ability. I’d favor him over at least three guys I have ranked higher at the moment. I’m just not sure they can secure the fight he needs. I hope I’m wrong.

Notes: Welp, we’ve got a new top dog. “E-mail champ” taunts are dead, Devin Haney is the undisputed king at 135 lbs, beating George Kambosos Jr clean in Melbourne, Australia. He has earned the right to be called the best lightweight in the world today.

I’m not dropping Kambosos below No. 3 right now. Maybe I’d pick Tank Davis or Ryan Garcia against him, but first of all, I doubt we’re going to find out on either of those, and second of all, his win over Teofimo Lopez means a lot more than anything they’ve done to date. Either of them. And I think they’re both great talents and dangerous fighters. I’m not “a hater” with either Tank or Ryan. But Kambosos has proven more, and I’m not one of the people who felt Haney blew him out of the ring, either. I had it 8-4 for Devin.

Haney is never going to be the most inspiring fighter to watch. He does what he does, and he does it very well. He is not the undisputed champion most wanted, not the lightweight king most wanted, not the guy a lot of people would have picked to make it to the very top of the hill as the recognized No. 1 in the division. But like Kambosos before him — and Haney received much more promotional hype on the way up than Kambosos ever did — Haney is the guy who has earned it while the more colorful characters Tweet a bunch or whatever.

And I don’t think Devin’s ever going to be easy for anyone to beat at this weight, as long as he’s making it comfortably. I include Lomachenko, a fighter I have great admiration for, in that equation. Haney will be huge next to Loma, and it’s a style matchup that could give Vasiliy problems, as I think it will anyone. That said, I don’t think Haney takes the best punch in the world, but he’s able to cover that up pretty well. Others have been similar. Wladimir Klitschko did quite a bit learning how to work off of his jab and hold and avoid risk.

I’m not deeply against the likely inevitable Haney vs Kambosos rematch, but the biggest thing there is just that I accept that the contract is the contract, and Kambosos is going to exercise the clause. If Haney tries to get out of it, he’ll probably get tied up in court. Then they all do nothing but argue.

But I think ultimately it’ll happen without much fuss. It was part of the price for getting the fight Haney wanted when he did not have the leverage. They accepted all that before the fight, and they should accept it now. Bill Haney said beforehand, “As soon as Devin gets through dominating George Kambosos, I don’t want them to get out of paying me twice for the deal that I’ve done. So tell them, do not get George Kambosos out of it, don’t try to weasel out of it. … We’re gonna beat you once and then beat you again. His job will just be convincing the people that he’s worthy enough of getting beat twice.”

Notes: Joe Cordina has arrived on the big stage, smashing Kenichi Ogawa with a peach of a right hand in the second round in Cardiff, lifting the IBF title.

No. 3 may seem high to bring Cordina in from unranked, but I’ll add for my part (they’re my rankings, after all) that I was a big believer in Cordina’s upside for a while. He did stagnate for a couple years, and I was saying that every fight he had. He got the opportunity for a major step up, took it, and delivered without question.

Cordina’s a really, really good talent. Always has been. And he rose to the occasion. Is he ready for unification with Shakur Stevenson, something Shakur himself has suggested? I mean, that’s the next level up, right? You won a belt in convincing fashion. There’s a clear No. 1 guy in this division. Obviously Stevenson would be favored, but that’s the case for any fight Stevenson can make in this division. He already dominated Oscar Valdez.

Zelfa Barrett also won on the same card, beating the capable but limited Faroukh Kurbanov. It’s no accident that fight was on this card, and if no bigger fight is available, Matchroom have Cordina vs Barrett in-house as an All-UK world title fight.

Notes: I’ve said a few times that I had Murodjon Akhmadaliev and Stephen Fulton Jr very close at 1-2, and that Fulton easily could have been at No. 1. Following Fulton’s dominant win over Danny Roman, I’ve bumped him into the top spot. That’s a common opponent, I don’t think Roman is drastically worse now than he was then, and Fulton won every round while Akhmadaliev had a lot more trouble. Styles make fights and all that, but I think Fulton deserves the spot.

Roman drops down to No. 6. After the top two, maybe three — and Figueroa likely will go up in weight when he returns, we’ll see — this is a jumbled division.

Notes: Jason Moloney got Aston Palicte out in the third round. Aussie commentary over-hyped the quality of the win a bit, but so it goes. Moloney is absolutely still a solid contender, and will be right in the title mix if some belts scatter. But we’ve got the big one this week.