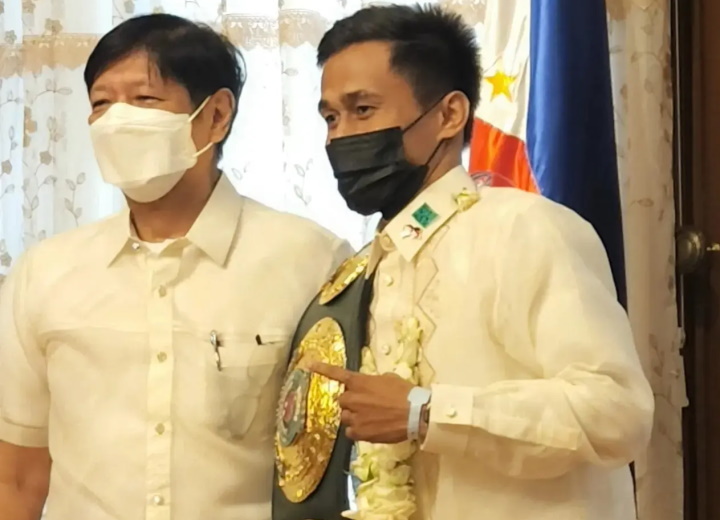 Young prospect RV Deniega (6-0) of Sanman Boxing will be facing the toughest challenge of his career when he takes on former WBC world champion Sonny Boy “Bullet” Jaro on August 5 at the Ynares Arena in Pasig City.

Jaro last fought in 2019, suffering a KO loss to Thai Nawaphon Kaikanha in Thailand. Undefeated Deniega last fought on May 2 with knockout win over Jerry Pabila. The fight will be a real acid test for the young gun in Deniega.

Jaro is a bit past his prime but still packs a lot of power in his punches.

“I have a lot of respect for Sonny Boy. He is a great champion and I don’t think he is too old to hurt me with his punches. But I myself am a warrior and I have prepared myself to overcome any opponent placed before me. This is a great fight and a chance for me to impress the fans. Please watch my fight,” Deniega calmly stated.

Dave “The Doberman” Apolinario, now W17 KO12 L0 arrived in Manila on Wednesday and was greeted with a hero’s welcome.

Apolinario went straight to Malacanang Palace where he was personally greeted by President Ferdinand Marcos Jr. He was joined by his team from Sanman Promotions headed by his manager Mike Pelayo and Sanman CEO Jim Claude Manangquil.

Apolinario won his IBO world title to become the country’s lone current world champion by knocking out Gideon Buthelezi before his home crowd in South Africa. After the win, his ranking zoomed up among the different sanctioning bodies to ensure him bigger fights in the near future.

“I cannot contain my happiness right now. I was ecstatic after winning the belt in South Africa but being greeted and congratulated by my president is another thing. This is the best thing that happened in my life. I promise to work harder and get the other belts,” Apolinario stated.