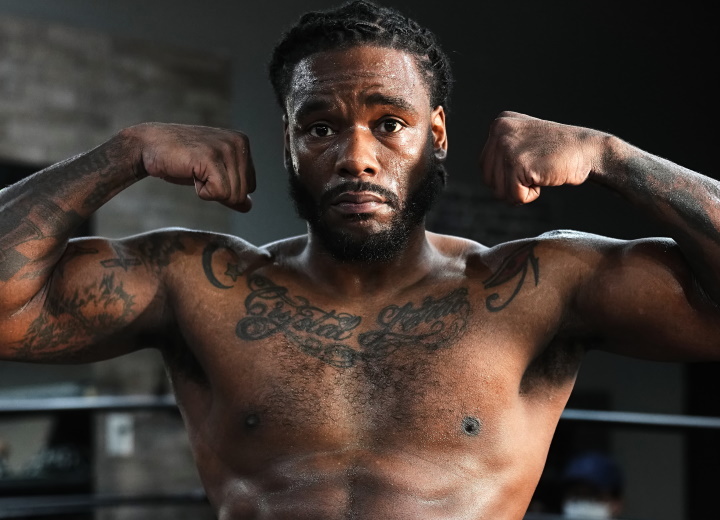 In what amounted to a preposterous promotional stunt, Hasim Rahman Jr. ceremoniously came in overweight Friday afternoon for a pay-per-view fight against Jake Paul that was canceled six days earlier.

Rahman’s intention was to prove that he could’ve come in at least at the contracted limit of 205 pounds on the day they were supposed to weigh in. He weighed 206.6 pounds on a digital scale that was shown to be calibrated just before Rahman stepped on it at Gleason’s Gym in Brooklyn.

Rahman and his team seemingly considered it a victory Friday that he came within 1½ pounds of making 205. He nevertheless would not have met the contracted limit of 205 if he would’ve weighed in Friday to oppose Paul in a Showtime Pay-Per-View event at Madison Square Garden in nearby Manhattan.

According to their amended agreement once the contract weight was moved up from 200 pounds to 205, Rahman would’ve had to weigh in at 205 pounds or less, or their fight would’ve been canceled.

Paul (5-0, 4 KOs), of Westlake, Ohio, hasn’t weighed in at more than 191¾ pounds for any of his five professional fights, but the YouTube star-turned-boxer initially agreed to meet Rahman at the cruiserweight limit of 200 pounds for their eight-round main event. The 25-year-old Paul made that concession because Rahman has fought at heavyweight throughout his five-year pro career and replaced Paul’s original opponent, Tommy Fury, on only four weeks’ notice.

Fury withdrew from a fight with Paul for the second time in barely seven months, this time because he reportedly couldn’t obtain a visa to travel from his native England to the United States.

Rahman (12-1, 6 KOs) weighed 224 pounds for his most recent fight – a fifth-round, technical-knockout loss to James McKenzie Morrison (20-0-2, 18 KOs) on April 29 at Virgin Hotels Las Vegas. The 31-year-old Baltimore native, the son of a former heavyweight champion, hasn’t weighed in at less than 211¾ pounds for any of his 13 pro bouts.

Rahman repeatedly assured Paul’s handlers that getting down to 200 pounds in such a short span of time wouldn’t be an issue. The Las Vegas resident also agreed to weigh in at no more than 215 pounds at a second-day weigh-in, which was scheduled to take place this Saturday.

Rahman supposedly showed a New York State Athletic Commission official on video that he was 216 pounds on July 7. As recently as last week, Rahman told “Tha Boxing Voice” that he could come in as low as 199 pounds for the Paul fight.

When it became clear around that same time to NYSAC officials that Rahman weighed 215 pounds, they insisted on an increase in the weight limit from 200 pounds to 205.

Paul agreed to the higher weight, but last Saturday morning Greg Cohen, Rahman’s promoter, informed Paul’s handlers that he wouldn’t be able to get lower than 215 pounds for their weigh-in. Cohen also told Big Fight Weekend’s Dan Rafael last weekend that Rahman weighed 232 pounds when he accepted the Paul fight and began to feel “extremely weak and dizzy” once he got down somewhere between 212 and 215 pounds during training camp.

Rahman has claimed since then that he would’ve been able to get down to 205 pounds and that Paul scrapped their bout prematurely because Paul didn’t actually want to test himself against “a real boxer,” a criticism commonly refuted by Paul, who dismissed Rahman and his team as “con artists.”

Journalist Ariel Helwani, who has worked Paul’s pay-per-view fights as a broadcaster for Showtime, indicated in a Tweet sent out Thursday that speculation regarding sluggish ticket sales causing the cancelation of the Paul-Rahman show is inaccurate.

According to multiple Madison Square Garden sources, Helwani wrote that Paul-Rahman was projected to rank in the top 10 among the highest-grossing boxing events at MSG over the past 15 years. Helwani added that those same sources stated ticket sales were “strong” and that the cancelation had nothing to do with how many tickets had been sold to the event.

Rashidi vs Silveryra FULL FIGHT: April 20, 2021 | PBC on FS1
Sulaiman Explains Why WBC Charges 3% Fees To Its Titlists: ‘Everything Goes Back To Boxing’
Joe Joyce’s Usyk-Joshua breakdown: Power shots, quick feet and a shot at redemption
Omar Figueroa, Sergey Lipinets Promise Fireworks in Crossroads Clash
Chris Eubank Jnr says he will be “finished” in boxing should Conor Benn defeat him