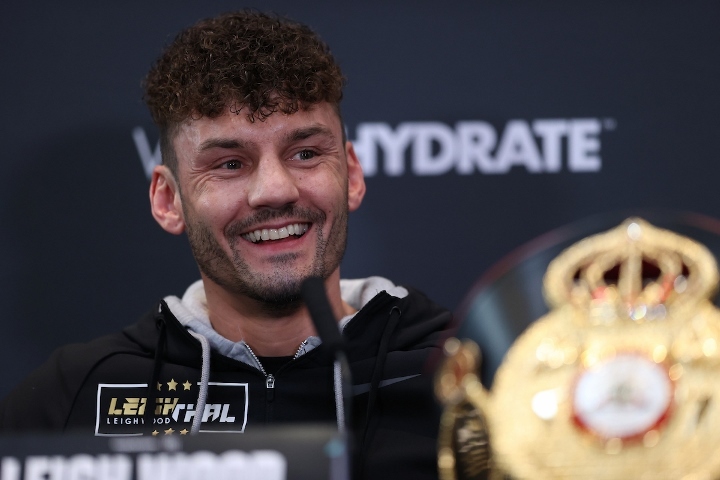 Leigh Wood appears to have a list of options to consider for his next fight.

The 126-pound WBA “world” titlist Wood (26-2, 12KOs) is coming off an incredible come-from-behind knockout win in a fight of the year contender against Michael Conlan in March.

As the WBA continues its quest to clean up its muddied world title picture, the sanctioning body has ordered an Aug. 12 purse bid hearing for a potential fight to be staged between Wood and WBA “super” featherweight titleholder Leo Santa Cruz.

But if you ask Matchroom Boxing head and Wood promoter Eddie Hearn, there are completely different plans for the 34-year-old British boxer.

“Looking at Sept. 24 in Nottingham Arena [for Wood]. He wants to fight Mauricio Lara, which is just, I’d love to make the fight. I think it’s breathtaking. But he’s got a big set of balls on him. He believes he can beat him. So we’ll have to see if he’s the opponent, or someone else,” Hearn told Boxing Social.

In addition to Lara, another opponent reportedly being considered for Wood is rugged Spaniard slugger Kiko Martinez (43-11-2, 30 KOs).

Martinez is coming off a seventh-round TKO loss to Josh Warrington, whose been another long-desired foe for Wood.

Lara handed Warrington his first career loss last year in a stunning ninth-round TKO win, and the two later fought to a technical draw seven months later. The fight was stopped after two rounds due to a cut over Lara’s left eye caused by a clash of heads.

Manouk Akopyan is a sports journalist, writer and broadcast reporter. He’s also a member of the Boxing Writers Association of America and MMA Journalists Association. He can be reached on Twitter, Instagram, LinkedIn and YouTube at @ManoukAkopyan, via email at manouk[dot]akopyan[at]gmail.com or on www.ManoukAkopyan.com.