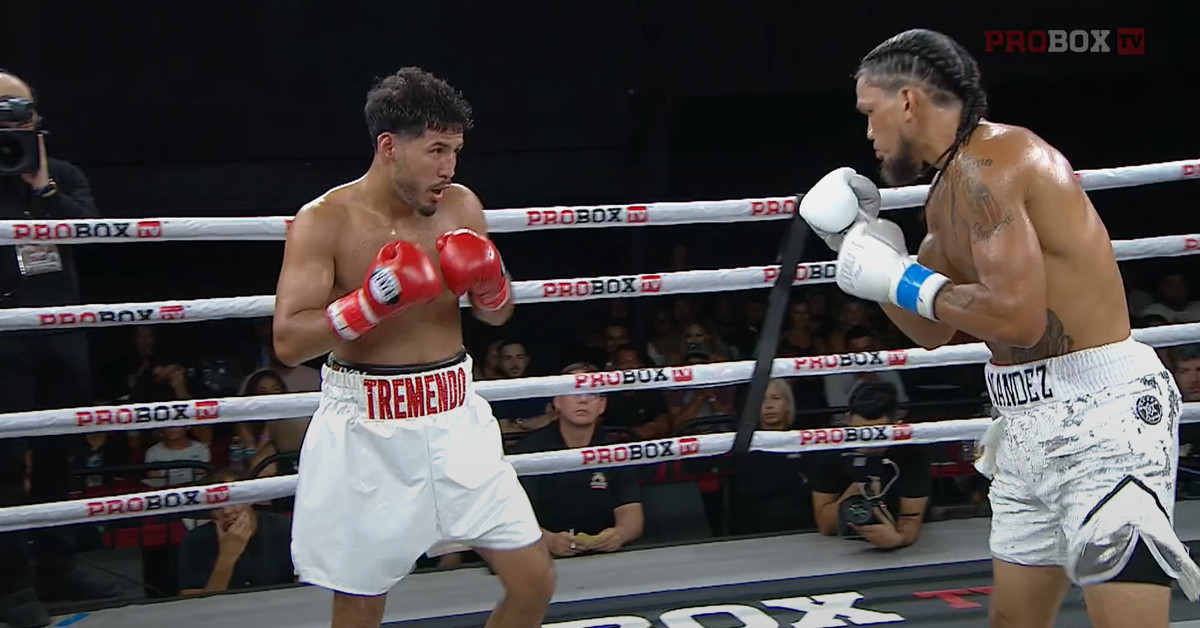 Kendo Castaneda and Antonio Moran are set for the final of ProBox TV’s “Last Chance” tournament at 140 lbs, with the two winning very different fights on tonight’s show from Plant City, Fla.

Castaneda (19-5, 9 KO) punched his ticket first, beating local favorite Joseph Fernandez on scores of 96-94 from all three judges in a very entertaining fight with a loud, invested crowd that made the action even better. Bad Left Hook’s unofficial card was 95-95.

Moran, 29, and Castaneda make for an intriguing style clash, but also one that could be dull if Moran is able to do what he did tonight, using his length and very competent all-around game. But while Castaneda has his inconsistencies, he also will probably be much more of a live wire than Dutchover (16-3, 10 KO), who just didn’t look like he had any great interest in being in the ring tonight.

I’m not going to go overboard criticizing that, because you never know what someone’s got going on otherwise, why a performance might seem disconnected as this one did, and he was trying to land big shots when he let his hands go. He still had some zip on the fastball. But he just couldn’t do much of anything with Moran, and the result was a boring fight that sucked the high energy right out of the building. (In truth, ProBox should not have put these guys on after the local guy vs Castaneda.)

Dutchover, 24, is now 3-3 in his last six, and he just looks like he’s hit a wall. He’s a talented fighter, but that happens sometimes, and his losses have come at ShoBox and ProBox TV level, we’re not talking about the elite tier here. He may have to figure out where he wants to go with his career at this point, but he is still young. You never know, a little break and some re-found motivation could do the trick, but this was a poor outing for him, to say the least.

Castaneda and Fernandez (15-5-3, 5 KO) both felt like they’d won their fight, and had their reasons. There were some close rounds, some little shifts in momentum throughout, and it was very competitive, a really good fight.