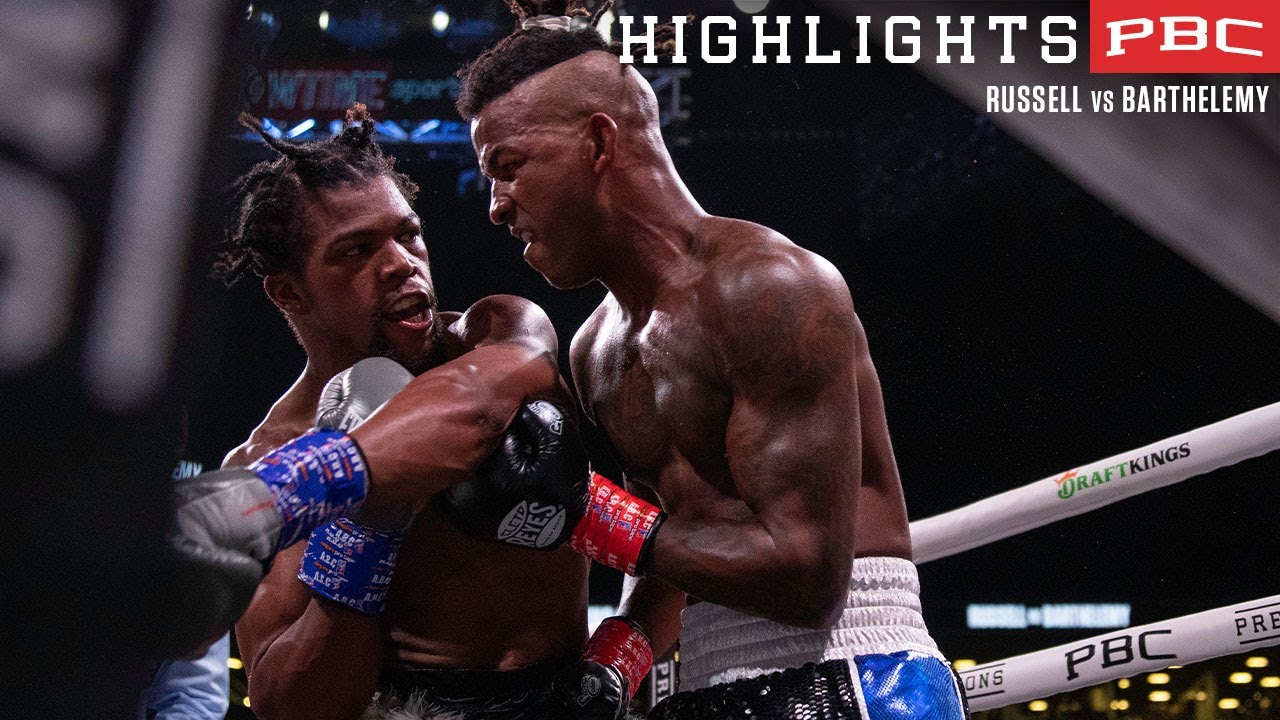 Video
Share on Facebook
Share on Twitter
Share on Pinterest
Share on LinkedIn
(July 30, 2022) Two-division world champion and smooth-boxing Cuban Rances Barthelemy was bound to pose problems for unbeaten rising super lightweight contender Gary Antuanne Russell. Further, Russell was fighting for the first time as a pro without his father, esteemed, late trainer Gary Russell Sr., who died in May after years of battling health issues.

For five rounds, Gary Antuanne had his struggles.

Then, with one punch, Russell ended it at :50 of the sixth round in a controversial finish.

“First and foremost, I want to thank God, I want to tell my father up above I did it for him, we’re going to keep it going for pops, I want to thank Showtime for letting me participate,” Russell said. “I know Rances was a high-grade class athlete and he wanted to continue. Emotions were high. Whether we or bruised or beaten, as a warrior, you always want to continue but the referee was doing their job and if he was allowed to continue it would have been the same outcome. I would have gotten him.”

Barthelemy, more noted as a boxer who uses his legs, stood and exchanged with Russell at the outset. It was a complete change from his past. With :47 left in the first round, Barthelemy landed a right on the jaw that stunned Russell.

Working from the southpaw stance, Barthelemy began doing damage with lefts. As the fourth round ended, he banged Russell with another strong left. The southpaw stance, which Russell never faced before as a pro, seemed to create some openings in Russell’s defense.

But as the fifth transpired, Russell found the range for the right hook—and precursor for what was to come.

Everything changed early in the sixth when Russell leaped in with a vicious right hook that landed on Barthelemy’s temple. The Cuban immediately lost control of his legs, tumbling to the canvas for the third time in his career. Referee Shada Murdaugh opted to end it at :50 of the sixth round although Barthelemy indicated to him that he was ready to fight.

“In the sixth round I had him backing up, I knew he was looking for his right cross,” Russell said. “I caught him backing up and I shot my hook and put him down, he was buzzed but he wanted to keep going. He’s a warrior.”

Both men were. Russell will have learned plenty from this encounter and Barthelemy showed he still has much to offer the sport.