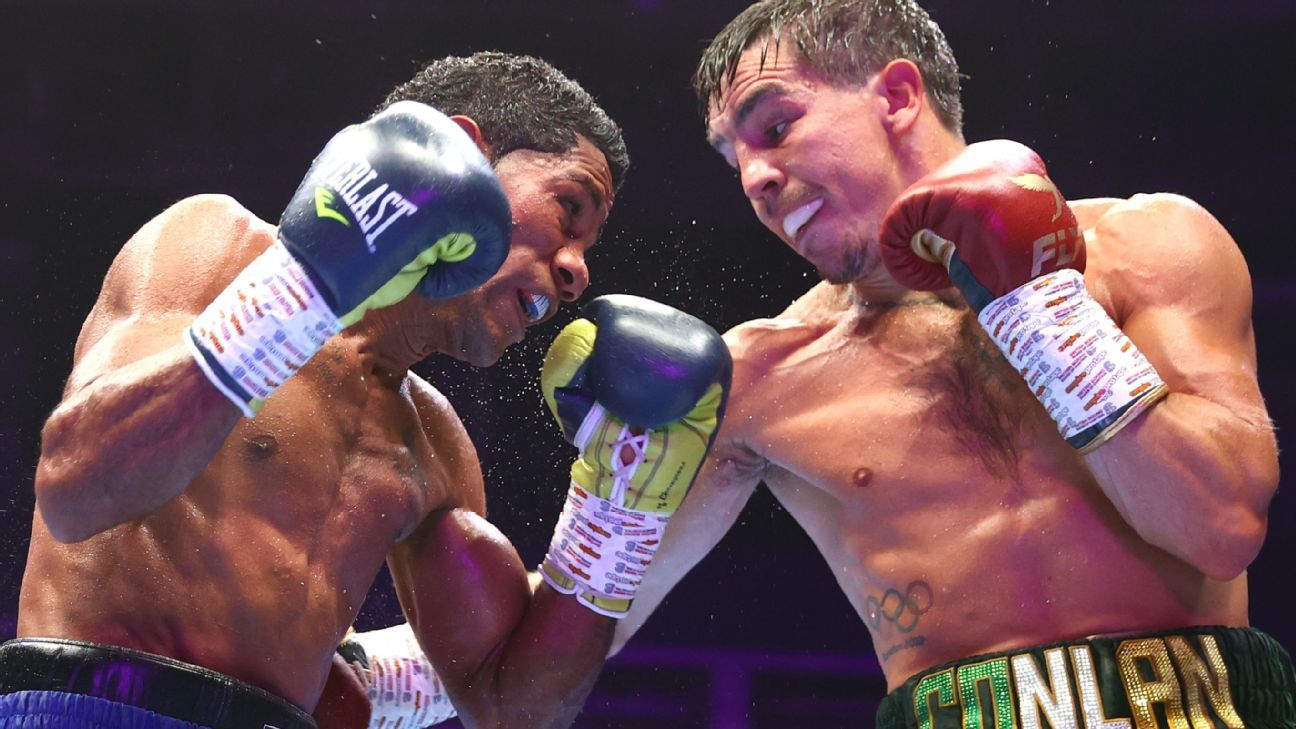 Michael Conlan responded to his first professional boxing defeat by scoring three knockdowns on his way to a dominant points win over Miguel Marriaga on Saturday.

Conlan (17-1, 8 KOs), from Belfast, Northern Ireland, revived his hopes of fighting for a world title with this unanimous decision (99-88, 98-88, 99-89) over experienced Colombian Marriaga in a 10-round nontitle contest.

Conlan, 30, was knocked out (and out of the ring) by WBA “regular” champion Leigh Wood in the last round five months ago, but got his career back on track with this confidence-boosting win in front of his home fans at SSE Arena in Belfast.

“I got rid of a lot of demons in the last round,” Conlan said.

“I had to be careful and use my shots. I got caught in the last round, for me to come through that says a lot, and I’m back. I want Lee Wood, but any other champion, whoever I face I know I will beat them.”

Marriaga (30-6, 26 KOs) has now lost two in a row but was upset with the knockdowns, insisting he slipped. However, Marriaga was outclassed from start to finish, and Conlan was impressive especially in the later rounds.

Conlan boxed carefully and patiently behind his jab until he opened up more in the second half of the fight and landed some good left hands in the sixth round.

The Belfast boxer picked his shots well again in the seventh round and sent Marriaga spinning to the canvas with a cuffing left hook after the Colombian was caught off balance.

Marriaga, 35, complained about receiving a count, saying he slipped, but he was down again a round later in the eighth. Conlan unloaded a sharp combination that dropped Marriaga to a knee after his foot gave way.

Conlan forced another knockdown in the ninth round as Marriaga became overwhelmed.

Conlan might have to wait for a rematch with England’s Wood, who is pursuing a fight against Mexico’s Leo Santa Cruz, the full WBA world featherweight titleholder.

Zahir Raheem and the art of staying alive
Brook To Keep Eye On Eubank-Benn If It Proceeds: “I Believe I’d Beat Both”
“This Is How Brain Injuries Occur.” Chris Eubank Sr Wants His Son’s Weekend Fight With Conor Benn Boycotted
Real or Not: Fury will fight Usyk in 2023, Fundora a future world titleholder
Bridges to make first title defense vs. O’Connell