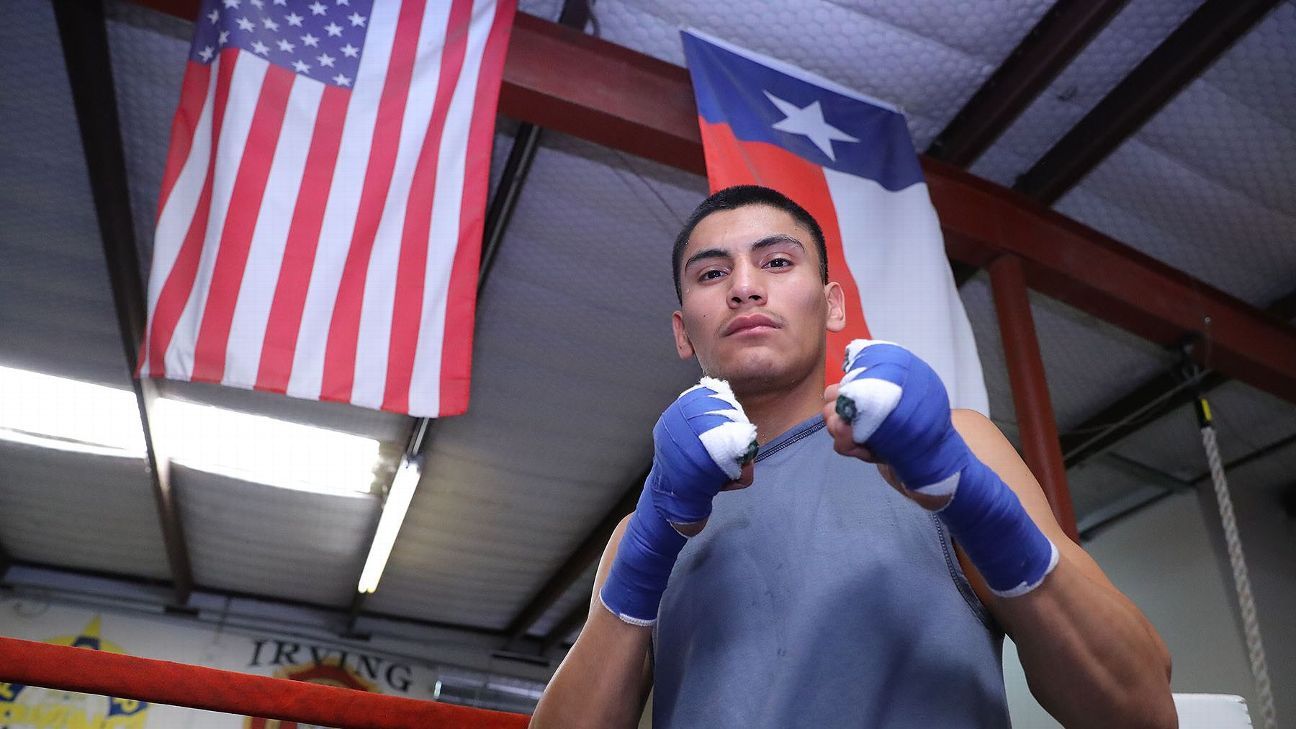 Vergil Ortiz Jr. looked across the ring on Saturday night and saw one of boxing’s bureaucratic speed bumps.

In order for Ortiz to inch closer to a crack at a legitimate boxing championship, he had to first defeat Michael McKinson, who was modestly ranked by a couple of the sport’s sanctioning bodies.

It’s going to take more than a speed bump to slow Ortiz down.

Ortiz extended his strong start to the year and won via technical decision with a ninth-round stoppage at Dickies Arena in Fort Worth, Texas. And with his 19th knockout in as many fights, Ortiz showed why he’s one of the top welterweight contenders in the world — even if he didn’t feel like he was at his best.

“The first seven rounds, I didn’t really do anything good,” Ortiz said in the postfight interview with DAZN. “I had to adjust big time. I should have listened to my corner from the beginning. But I listened and we got it done.”

Saturday’s bout, just a few miles away from Ortiz’s hometown of Grand Prairie, was considered a WBO eliminator. Ortiz (19-0, 19 KOs) will certainly maintain his status as the WBO and WBA’s No. 1 contender in the 147-pound division.

But McKinson (22-1, 2 KOs) proved to be a tricky opponent. He was slippery around the outside of the ring and roughed Ortiz up on the inside as well.

After he limped around the ring, his corner jumped to the top of the apron and threw in the towel.

Ortiz said his father, Vergil Ortiz Sr., yelled at him for three rounds for not following the game plan for the fight. The 24-year-old’s stubbornness eventually gave way to sound advice.

“You think you know everything, and you don’t,” Ortiz Jr. said.

A path to a title remains tricky because of the landscape within the welterweight division. Errol Spence and Terence Crawford, who was ringside Saturday, hold all four major belts and are in talks for a potential undisputed title fight. In his postfight interview with DAZN, Ortiz acknowledged securing a title shot soon will be difficult because of that impending matchup.

But when it comes to taking on anybody else, he’ll fight whomever if that opponent checks off the only box that matters to him.

“As long as they’re involved with my path to a world title, I don’t care,” Ortiz Jr. said.

Plant: Dirrell Couldn’t Even Hold His Title Long Enough For Us To Have A Unification Match
Eder Jofre, Former Two-Division World Champion, Passes Away at 86
Frank Warren: Joe Joyce Propelled Himself Into The Elite at Heavyweight
Bridges to make first title defense vs. O’Connell
Joe Joyce: “I’ve heard Tyson Fury might be interested in a fight” 👀