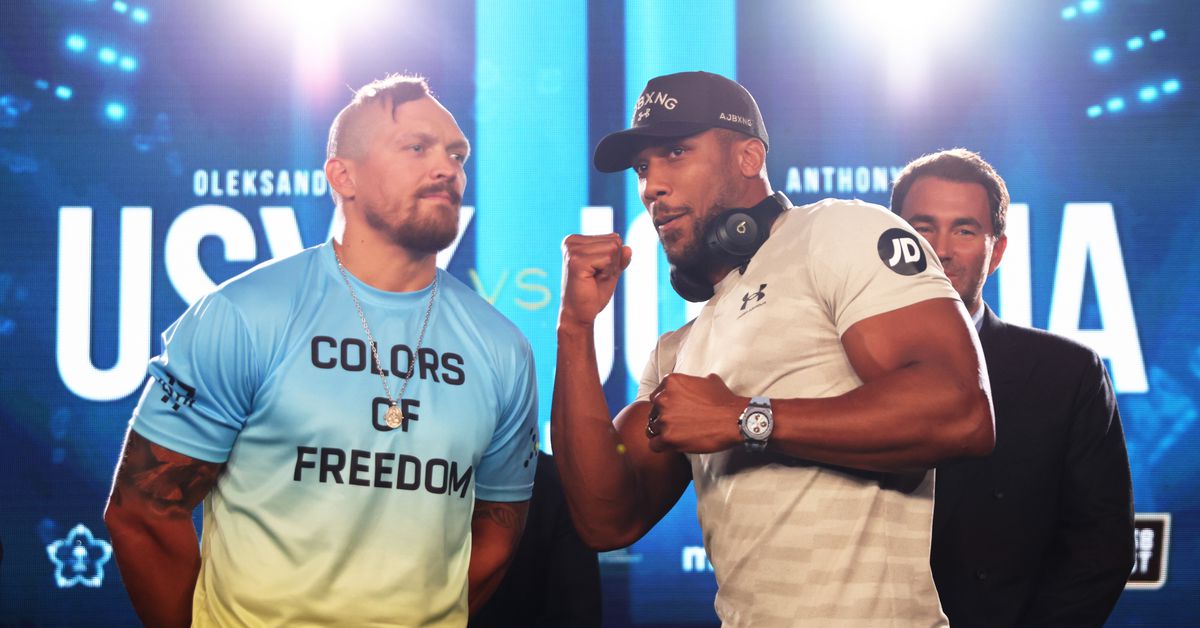 As the heavyweight title rematch between unified champion Oleksandr Usyk and Anthony Joshua nears, former world champion Carl Frampton shares his account of what Joshua needs to change in the sequel if he’s going to come out on top.

Frampton agrees with the idea that Joshua will have to physically impose himself on the smaller Usyk if he’s going to change his fortune, but questions whether Joshua will have the conditioning to keep the pedal to the metal.

“A lot of people are saying Usyk [wins] and it would be hard to disagree with them. It seems like it’s a hard fight for both guys but we know what Joshua has to do to try and beat Usyk — use his size and strength and be a bit of a bully. But the thing that’s worrying me is I don’t think Joshua can do that for very long. That he can’t fight at a high pace and push people around and get close to them for a long fight.”

Frampton would continue by saying that Joshua will likely need to be able to apply himself in spurts so that he can maintain his stamina over the duration of the fight, believing that Joshua has shown a tendency to take a round off once he uses a lot of energy in any particular round.

Most importantly, however, Frampton says Joshua will need to ensure that he’s able to get into close range with Usyk and use roughhouse tactics to wear on his opponent, saying Joshua should take a page out of Wladimir Klitschko’s playbook.

Yet even though Frampton sees a potential path to victory for Joshua, he still favors Usyk to win the rematch, reasoning that if Joshua isn’t able to stop Usyk in the earlier rounds that he’ll likely get stopped himself down the stretch.

Where It All Began: Covering Benn vs. Eubank II in ’93
EDDIE HEARN ADMITS, ‘FURY VS JOSHUA BROADCASTING RIGHTS AN ISSUE; out of our hands’
“Joyce Looked Like A Peaking Heavyweight!” David Haye, Carl Frampton & Josh Denzel Chat #JoyceParker
Good Riddance: Zach Parker, a man known for his patience, moves on from Demetrius Andrade
Deontay Wilder: I’m Here To Make Nothing But Great Fights