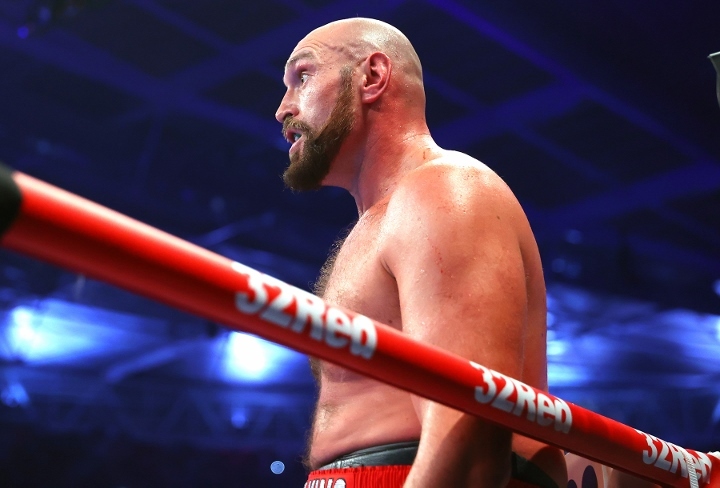 WBC heavyweight champion Tyson Fury is moving further and further away from his planned retirement.

For the last few days, the undefeated boxer has been calling out countryman Derek Chisora for a trilogy fight.

But most observers expect Fury to hang back until the outcome of the upcoming rematch between Oleksandr Usyk and Anthony Joshua, who collide on August 20 for the IBF, WBA, IBO, WBO heavyweight titles.

Fury was last seen in action back in April, when he knocked out mandatory challenger Dillian Whyte.

“I speak to him all the time. If he wants to fight, he’ll fight. I’m not going to tempt him. Because if he needs that then he shouldn’t be fighting,” Warren told Sky Sports.

“It’s got to come from him and his heart. Do I think we’ll see Tyson in a ring [again]? I do because I think he’s a fighting man and I think he’ll miss it too much. The fans love him. He’s got a real rapport with the man on the street. He’s different class. And he’ll do what he wants to do.”

Warren believes Usyk will once again prove to be too much for Joshua, who last September was outboxed by the Ukranian boxer.

On the other hand, Warren also feels Fury will be too much for Usyk.

“I saw [Usyk] against Chazz Witherspoon, he had that fight and then he obviously fought [Derek] Chisora and he looked alright. Against Joshua he looked different class,” Warren said. “[Joshua] didn’t use any of his physical attributes. I didn’t understand why.

“I felt that he would out-jab him or keep him on the end of the jab and let the right hand go but he didn’t. He was getting out-jabbed by a smaller guy on the outside. I thought the only way Usyk was going to do any damage was to get underneath inside and work inside. But he didn’t have to do that. He was beating him on the outside. How do you fight him? I really do fancy Tyson to beat him. I think Tyson is a similar guy in some ways and a much, much bigger guy.”