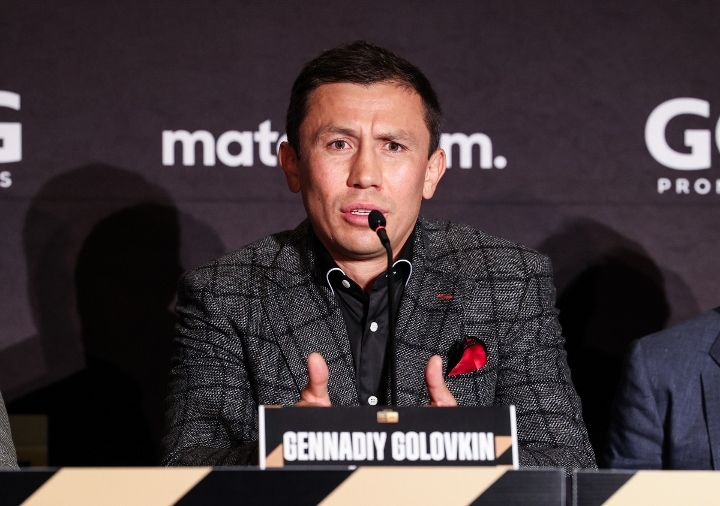 A decisive loss in his upcoming ring return could certainly send him into retirement sooner than later.

On September 17th at the T-Mobile Arena in Las Vegas, Golovkin will move up to 168-pounds to challenge career rival Saul ‘Canelo’ Alvarez in a trilogy fight for the undisputed super middleweight championship.

“I’m going to retire soon anyway. With his help or without his help. Let’s face it, I’m 40 years old and nearing my retirement,” Golovkin told The Sun.

Golovkin and Canelo fought to a controversial twelve round split draw in 2017. A year later, Canelo won a very close twelve round majority decision in their heated rematch.

Given the level of animosity in the third encounter, it’s almost hard to believe that at one point the two boxers were on friendly terms and even sparred in 2011.

While Canelo openly voices his “hate” for Golovkin, those deep feelings are not reciprocated by GGG – who views Canelo as just another opponent.

“We had very good sparring sessions back then. Those were exciting spars to watch,” Golovkin explained.

“We had a normal relationship. But he then felt too much of himself. He’s now a big star so the consequences of that was probably a side effect of him shooting to fame.

“I don’t feel any hatred towards him. To me, he’s just an athlete, just another human being. Just a boxer. I guess that’s how he as a human being decided to behave and decided to think of himself, love himself and position himself.”