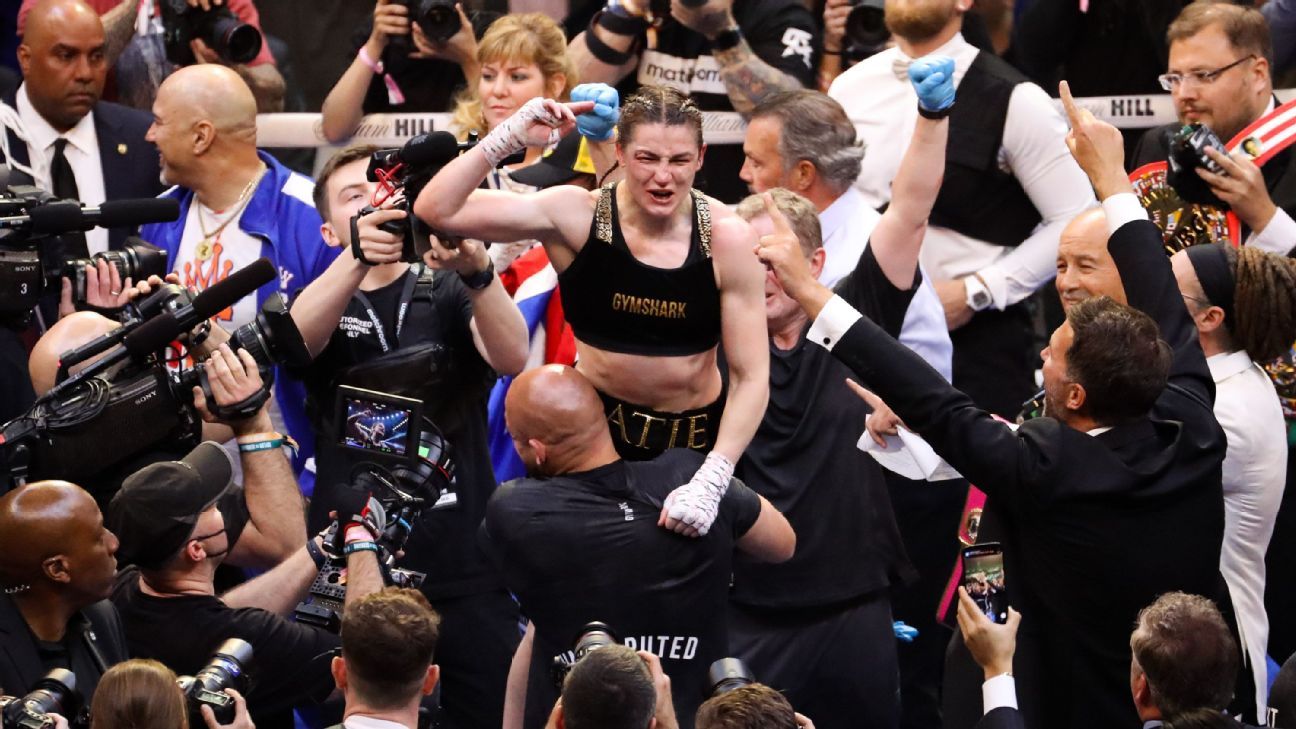 Katie Taylor has said that Jake Paul’s suggestion that her rematch with Amanda Serrano should take place at a catchweight is “nonsense.”

Taylor, 36, beat Serrano, 33, via a split decision at their highly anticipated fight at Madison Square Garden in April, with the Irish boxer keeping her lightweight title.

Last month Paul, the social media star and boxer who promotes Serrano, said he had $2 million on offer for Taylor if she dropped down to a 126lbs or 130lb catchweight for a rematch.

But now Taylor has rubbished those comments and insisted that any rematch will only happen at lightweight.

“What is that about?” Taylor told Matchroom Boxing’s Flash Knockdown podcast. “I’ve never heard such nonsense in all my life. I’ve never heard someone say something as stupid as that to be quite honest.

“I think they’re just trying to play a few games. I’m pretty sure Jake knows I’m not going to get down to 126, I don’t think I’ve ever heard of a situation in boxing where the champion wins but has the rematch in a lower weight division.

“It is real nonsense. I don’t know if he’s playing games or it is naivety but the rematch is going to be at 135lbs.”

Taylor admitted that the rematch is not likely to happen until next year but said she planned to return to the ring in November or December later this year, with Cris Cyborg one of her potential opponents.

“I was hoping for the rematch to happen straight after the last fight but it doesn’t look like it’s going to happen until next year now,” Taylor said.

“I just want to be involved in the biggest fights possible but I’m not sure who I’m going to be fighting next right now but I’m planning on returning to the ring this year in November or December.

“The team have been talking to the likes of Cris Cyborg. I only had two or three days off after the Serrano fight so I’m just itching to get back in the ring.”