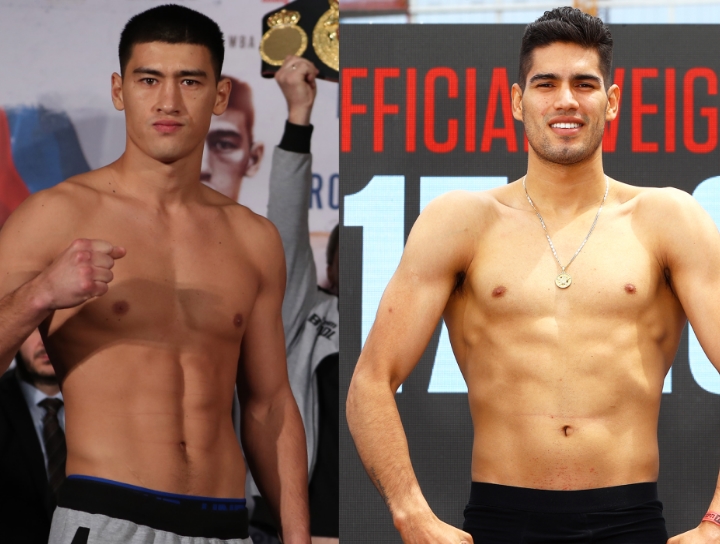 Gilberto ‘Zurdo’ Ramirez continues to move closer to his goal of becoming a two-division titlist.

BoxingScene.com has confirmed that the WBA has scheduled a purse bid hearing for August 21—a Sunday—to determine promotional rights for light heavyweight title fight between Ramirez and defending champion Dmitry Bivol. The order comes a day after the WBA rejected a special permit filed by Matchroom Boxing to seek a voluntary fight between Bivol and Joshua Buatsi.

“After the negotiation period from July 11 to August 10 expired and the parties did not reach an agreement, the pioneer organization made the decision to call for the bidding,” WBA Championship Committee chairman Carlos Chavez informed in a letter to all WBA-registered promoters, a copy of which was obtained by BoxingScene.com. “The communication was officially sent to both parties on Thursday, August 11.

“The minimum amount to participate is US $ 400,000.00, while the split will be 75% for the champion Bivol and 25% for the challenger Ramirez as established by the rules of the body.”

Bivol (20-0, 11KOs) is coming off a career-best win. The 31-year-old Kyrgyzstan-born, Russian-based champ thoroughly outboxed undisputed super middleweight champion and then-pound-for-pound king Saul ‘Canelo’ Alvarez this past May 7 in Las Vegas. The WBA waited out Alvarez’s decision to enforce an immediate rematch clause in the contract. The Mexican superstar instead moved forward with a trilogy clash against Gennadiy Golovkin.

Ramirez (44-0, 30KOs)—a former WBO super middleweight titlist from Mazatlan, Mexico—advanced to the mandatory position following a fourth-round knockout of Dominic Boesel in their final eliminator on May 14 in Ontario, California. The fight was placed one week after Bivol-Alvarez, to keep both fighters on the same schedule.

Buatsi (16-0, 13KOs) followed suit with a twelve-round win over Craig Richards in a semi-final title eliminator on May 21. Matchroom was of the belief that they could convince the WBA to have Buatsi—a 2016 Olympic Bronze medalist for Great Britain—leapfrog Ramirez to get first dibs at Bivol, whom the company co-promotes along with World of Boxing.

The ultimate factor in rejecting the request was the long overdue mandatory status, along with Ramirez already serving as a respectable number-one challenger.

“The last time a mandatory fight was held in the 175-pound division was in March 2018, so the lapse is expired for the champion and he must face the mandatory challenger as established by the rules,” explained Chavez. “It should be noted that WBA Rule C.47 dictates that ‘the Committee and the President, in their sole discretion, shall consider the best interests of boxing, the purposes and policies of the Association and such other factors as may be relevant, and shall use their best efforts to balance the competing interests.

“The WBA is not obliged to grant a request for special permission.”

Bivol has held his version of the WBA title since November 2017, having made eight successful defenses. His lone mandatory title fight came in his first defense, a 12th-round stoppage win over Sullivan Barrera in March 2018.

Ramirez is 5-0 since moving up to light heavyweight in 2019. Prior to that, the 31-year-old Mexican southpaw held the WBO super middleweight title dating back to his April 2016 points win over Arthur Abraham.

All WBA-registered promoters are permitted to bid on the fight, as long as they comply with the purse bid terms. Promoters are required to submit a $5,000 nonrefundable participation fee one day prior to the purse bid hearing. The winning bid must be accompanied by a 10 percent deposit within 24 hours upon the conclusion of the session.

Conor Benn: “I’m a clean athlete and we’ll get to the bottom of this”
Spence vs Ocampo FULL FIGHT: June 18. 2018 | PBC on Showtime
Ex-WBC champ Figueroa facing DWI charge
Hearn: Eubank vs Benn is be the biggest fight we’ve ever promoted
Jose Benavidez Jr. bringing some serious 🔥