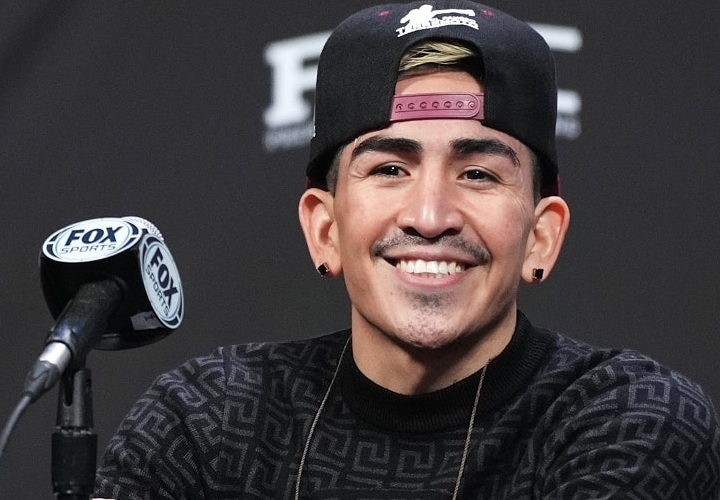 Leo Santa Cruz and Leigh Wood will finally learn their fate on Friday.

BoxingScene.com has confirmed that a purse bid hearing scheduled for August 12 will proceed as planned, despite prior concern that one side would ultimately pull out of their long-ago ordered WBA featherweight title consolidation fight. A letter was sent to all WBA-registered promoters—a copy of which was obtained by BoxingScene.com—with final instructions for those who plan to participate.

The session will begin at 11:00 am ET/10:00 am local time, to be held via Zoom as conducted from WBA headquarters in Panama City. The minimum accepted bid is $150,000, though the final amount is expected to far exceed that total. The winning bid will be split 75/25 in favor of Santa Cruz as the WBA ‘Super’ champion. Wood holds the secondary version of the WBA title.

All promoters who plan to join the session were required to submit a $5,000 purse bid participation fee by end of business Thursday. BoxingScene.com has learned that among the expected participants on Friday are TGB Promotions—who represents Santa Cruz—and Matchroom Boxing who promotes Wood. There has been interest from other promoters, though the proof will be in Friday’s purse bid session to see who else is willing to claim promotional rights to the attractive matchup.

The consolidation fight was first put into play last December. The WBA confirmed with Santa Cruz (38-2-1, 19KOs) of his plans to return to featherweight despite not having fought at the weight or defended his title since February 2019. Santa Cruz informed the sanctioning body of his plans to take one more fight above weight, with the agreement of facing the winner of the scheduled March 12 WBA ‘World’ featherweight title fight between England’s Wood and Belfast’s Michael Conlan.

Wood survived an opening round knockdown and overcame a scorecard deficit to drop Conlan late in round eleven before dramatically closing the show in the 12th and final round. Conlan was left limp along the ropes before nearly crashing onto the floor outside the ring, only to be saved by his brother and manager Jamie Conlan.

The epic clash in Wood’s hometown of Nottingham remains a top contender for Fight and Knockout of the Year. Wood registered the first defense of the title he claimed in a 12th round stoppage of Xu Can last August in Brentwood, Essex, England.

The newfound fame enjoyed by Wood—including his fighting in front of a sold-out and passionate crowd in Nottingham—prompted his side to challenge the purse split when the fight was first ordered in April. Negotiations went nowhere, with both sides prepared to go to purse bid. Matchroom filed an appeal, requesting something closer to a 50/50 split given Wood’s drawing power and Santa Cruz’s gross inactivity at the weight.

Santa Cruz became a three-division titlist following a twelve-round win over Abner Mares in their August 2015 vacant WBA ‘Super’ featherweight title fight. He made one successful title defense before suffering his first career defeat, a majority decision to Carl Frampton in their memorable July 2016 clash between unbeaten champs. Frampton moved up from his unified junior featherweight title reign to become a two-division title claimant, along the fight earning 2016 Fight of the Year honors and Frampton recognized as the Fighter of the Year.

Santa Cruz avenged the defeat in their rematch six months later, regaining the title which he has since successfully defended just three times. The last was a 12-round decision over Rafael Rivera, a late sub for Miguel Flores in their February 2019 clash in Los Angeles. Santa Cruz went on to face and beat Flores for a secondary WBA junior lightweight title in November 2019, losing the belt in a sixth-round knockout to Gervonta Davis in October 2020.

Just one fight has followed, a ten-round decision over Keenan Carbajal this past February 5 in Las Vegas.

Somehow, he was permitted to retain his WBA ‘Super’ featherweight title during that time. However, the WBA finally intervened in the fourth quarter of 2021, demanding the legendary Mexican either commit to defending his title or vacate the belt he has held since August 2020.

Santa Cruz gave his word that he would move forward with facing the Wood-Conlan winner. However, the decision by Wood and Matchroom to dispute the purse split provided the 33-year-old with enough room to attempt to wiggle out of the fight. An exemption was filed to seek permission for Santa Cruz to explore a title unification bout with recently crowned WBC champ Rey Vargas (36-0, 22KOs).

The WBA ruled against the request, though leaving Santa Cruz with a minor victory in keeping the 75/25 split intact. The development thwarted plans for Wood to face IBF featherweight titlist Josh Warrington (31-1-1, 8KOs) in an all-British clash, as other sanctioning bodies do not recognize secondary WBA titlists.

The months-long game of chicken finally comes to a close on Friday, though of course they still have to fight after that. Refusal by either side to honor the ordered fight or the terms of the purse bid agreement will result in being relieved of their title status, per the WBA’s continued efforts to reduce its number of multiple titleholders per division.

Bids will only be accepted through 11:15 am ET/10:15 am local time, at which time the WBA will unseal and reveal to those joining the hearing.

Per WBA purse bid rules, the winning bidder must wire the 10 percent deposit to the sanctioning body’s assigned bank account within 24 hours of the session, no later than Saturday 11:30 am ET/10:30 am local time.

Deontay Wilder: I’m Here To Make Nothing But Great Fights
Hitchins vs Alamo and Ford vs Lukas join Love vs Spark
Fury or Usyk? Believe it Joe Joyce, you really did it! 🤣 Chatterbox With Josh Denzel & Carl Frampton
“Joyce Looked Like A Peaking Heavyweight!” David Haye, Carl Frampton & Josh Denzel Chat #JoyceParker
The Beltline: Fury vs. Charr is either a practical joke or an example of karma and retribution